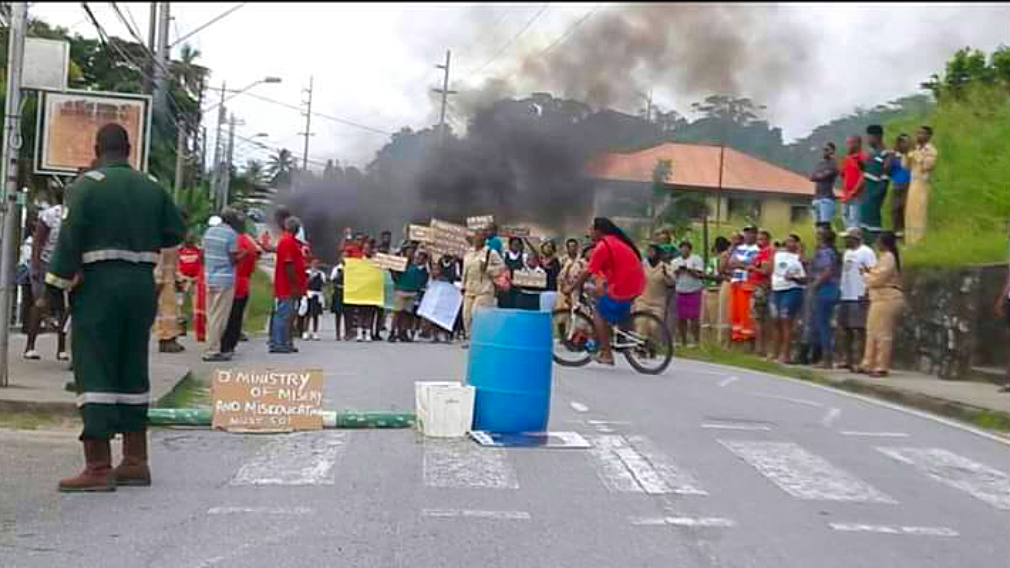 Photo: On November 5, 2018, Residents protested the closure of the Guayaguayare RC school, which was closed for repairs since the start of the school term. Councillor Kyron James said repairs at the school were ongoing.

Parents of school children attending the Guayaguayare RC School, along with others, launched a fiery protest on November 5, 2018 for the school to be reopened.

Persons lit burning debris, blocking the Guayaguayare Main Road and causing heavy traffic on Monday morning. However, officials were able to clear the blockage by 9:00 am to facilitate the flow of traffic.

Councillor for the Mayaro/Guayaguayare area, Kyron James, told LoopTT that the disturbance was the result of ongoing repairs to the school. He added that as a Mayaro resident he understood the plight of parents but said he did not support blocking the roadway with debris.

"As a parent, I understand what they are going through, and also as a parent who lives in a remote area, I understand, but I'm not in support of the action taken this morning. There are ways within the law where this can be done. This morning the action gave people an idea of what happened but it also trapped people going to school, work and those with health issues, from getting to where they need to go," he said.

Children had been relocated to the community centre and the local church for classes when the school term re-opened in September, however, this also ended and children have not been to school for three weeks.

James said that repairs at the school were ongoing.

LoopTT has reached out to Education Minister Anthony Garcia for comment.