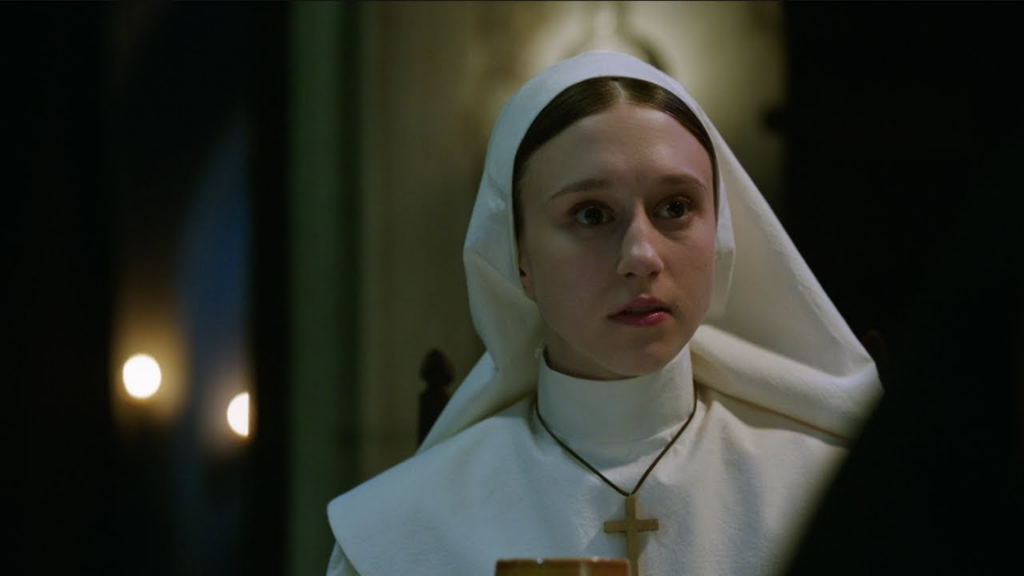 The three-minute video was shot on the 900-acre abandoned Chacachacare Island, off the Chaguaramas peninsula on August 9. The project was a collaboration with US companies Complex and Werehaus.

“'The Nun', which was recently released in the US and internationally, has been performing well at the box office,” says Nneka Luke, General Manager of FilmTT.

“In the UK, the horror film was ranked number one in its debut week. As the country’s film commission, it was a pleasure to work with such an experienced production company as Imagine Media, in partnership with the CDA and the TTCG, to facilitate the smooth production of the promo.

"The fact that Warner Brothers Studios selected Chacachacare Island in Trinidad and Tobago for this shoot when they had several other location choices, is testament to not only the value of our culture and heritage, but to the quality of T&T’s team of 30 persons consisting of production crew, transportation and tour operation, put the production together smoothly under tight deadlines.”

The promo video follows American social media influencers, Keraun Harris and Simone Shepard-King, as they visit Chacachacare Island to explore the infamous leper colony run by nuns. The guide, Elton Pouchet of tour company In Joy Tours, takes them on a tour of the island; and just when they think they are safely off the island - they think again.

Chacachacare Island is one of several small islands off the north-west coast of Trinidad; it is one of the Bocas Islands, which lie in the Bocas del Dragón between Trinidad and Venezuela.

At various times in its long and colourful history, Chacachacare served as a cotton plantation in the late 1700s until the abolition of slavery in 1838; as a base for a successful 1813 invasion to free Venezuela and, ultimately, South America from Spanish rule; as a whaling station; as a base in 1942 for 1,000 US Marines during World War II; the site for a still-functional Hindu Temple founded in 1942; and as a sanatorium and leper asylum run by French Dominican nuns from 1922 to 1984.

It is this latter story that attracted Warner Brothers Studios to choose Trinidad and Tobago as the location for the promo for "The Nun".

“Collaboration was key to the success of the production,” explained Lisa Wickham of Imagine Media International Limited. “The local crew and service providers used throughout were co-operative, well-organized and flexible, contributing to effective time management and an overall positive experience. Some of these suppliers included accommodation by Hilton Trinidad; transportation by Kalloos; tour by In Joy Tours, costuming contributions by the Marionettes and Lynette Lindsay, and more.”

International production companies Complex and Werehaus were hired by Warner Brothers Studios to produce the promo. Complex is a media platform based in New York City that reports on trends in style, pop culture, movies, and more, and San Francisco-based Werehaus is a content development agency that specialises in creating high-quality content and producing both original and branded work.

Representatives from both Complex and Werehaus gave extremely positive feedback on the support received by the local production crew, the logistics and the pleasurable experience of shooting in Trinidad.

As the state agency responsible for developing the T&T film industry and for acting as the country’s film commission, FilmTT is committed to continued collaboration with other state agencies to ensure that local and international productions get the support they require to organise incident-free, logistically-smooth productions. Critical partners in making Trinidad and Tobago more “film friendly” are the Chaguaramas Development Authority, which is responsible for the Chaguaramas peninsula and is the first port of call for all activities in Chaguaramas; the Trinidad and Tobago Coast Guard, which provided exceptional security services to the production between the mainland and the island; the Airports Authority of Trinidad and Tobago, Customs and Excise Division, and Immigration Division, for facilitating smooth entry of cast and crew into the country; and the Trinidad and Tobago Police Service for production support.

Luke added: “On the heels of productions from well-known studios like the BBC, CNN, National Geographic, Caracol from Colombia, and now Warner Brothers Studios, FilmTT continues to look for opportunities to sell the unique offerings of Trinidad and Tobago as a location, to raise our tourism profile through screen-based content, and to generate jobs and economic income for the creative sector, thereby contributing to diversification of our economy beyond from oil and gas.”

"The Nun" is currently in theatres.