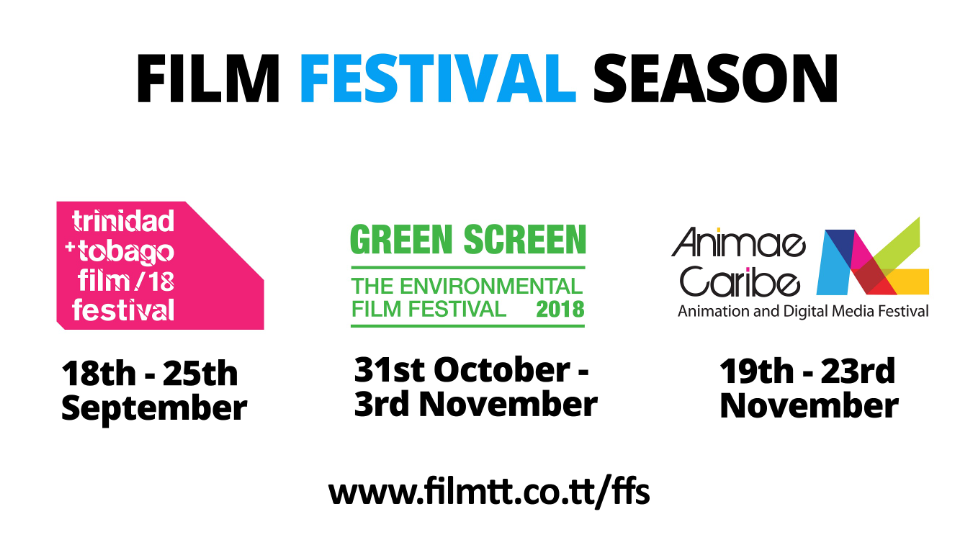 Trinidad and Tobago cinephiles and filmmakers are gearing up for what looks like an action-packed film season, set to kick off on September 18.

Film TT General Manager, Nneka Luke stopped by our studio where she gave us a full rundown of the three film festivals: trinidad + tobago film festival, Animae Caribe and Green Screen-Environmental Film Festival, all of which will run from September to early November. In addition to the multitude of shorts and feature films, there will be a number of industry events and workshops, allowing patrons to get a more in-depth look into the world of film. In addition to film screenings, there will be a multitude of workshops, panels, and other activities all aimed at further developing the film and animation industry locally as well as highlighting to the relevant stakeholders how to navigate as a business.

The Trinidad and Tobago Film Festival will run from September 18 - 25 with screenings at various venues including MovieTowne, UWI, Big Black Box, and Grundlos Kollectiv. The world premiere of "HERO: Inspired by the Extraordinary Life and Times of Ulric Cross" will open the annual festival. Shot in Ghana, the UK and Trinidad and Tobago, the film was inspired by the life and times of Trinidadian Ulric Cross and his contribution to the Pan African movement and his relationships with Tanzania's first president, Julius Nyerere and Kwame Nkrumah, Ghana's first prime minister and president.

From October 24 - 27, Animae Caribe, the Caribbean's largest and most prestigious animation festival will provide a platform for the development of animators. The Festival attracts top animators from studios such as Dreamworks, Aardman, Pixar, Cartoon Network and Nickelodeon to Trinidad and Tobago to present and host workshops for potential, novice and professional animators.

The annual Green Screen-Environmental Film Festival will run from October 31 to November 3 with movies that focus on environmental conservation, climate change, green energy, and sustainable development. The festival will include free screenings and career talks for secondary schools, public screenings and limes, and other workshops.