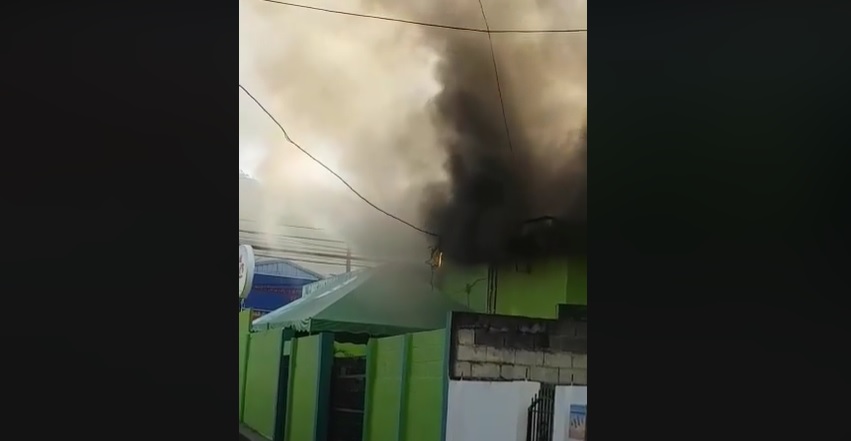 Smoke bellows out of Cap's Bar in Tunapuna during a fire.

Investigators are trying to determine what sparked a fire in Tunapuna this morning.

The incident occurred at about 6.18 am today.

Tunapuna fire officers received a call that Caps Premium Bar, along Picton Street, off the Eastern Main Road, was on fire.

From initial reports, there was a loud explosion, following which, smoke was seen coming from a room on the southwestern side of the building.

Appliances from the Tunapuna fire station and the San Juan fire station responded, and were on the scene within minutes.

The blaze was contained and did not spread to nearby structures.

No cause has been determined for the fire, and up to midday investigators were said to still be on the scene.