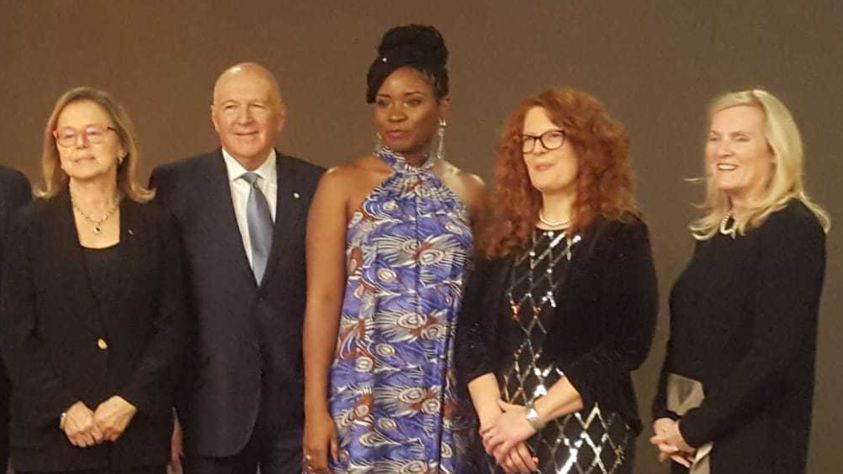 Kimberly Badal became the first Trinidad and Tobago national to achieve the feat of winning an award from the York University in Canada. Kimberly gained the nod out of over 100 nominations for the prestigious “One to Watch” award at the York University Bryden Alumni Awards on November 21, 2019, for her work in establishing the Caribbean Cancer Research Institute.

The Bryden Alumni Awards now in its 19th year celebrates outstanding York University Alumni who have achieved the extraordinary and made remarkable contributions to their fields, communities, and the University.

The “One to Watch” award is open to an alumnus or alumna who has made a significant impact in their field and/or community within 15 years of a bachelor’s degree or 10 years of a professional/graduate degree.

Badal returned to Trinidad after completing her Bachelor of Science in Biomedical Science at York University and on her return in August 2016 co-founded the Caribbean Cancer Research Initiative (CCRI). CCRI is a non-profit organisation that focuses on evidence-based solutions for cancer prevention and management as well as cancer awareness and advocacy. Badal also has a Master of Science in Biomedical Science from St. Radboud University, The Netherlands and is currently pursuing her PhD in Molecular Genetics at the University of the West Indies.

"Humbled and shocked" is how she described the feeling after finding out she had won the award. Badal said she knew of the awards but was not aware of the nomination.

Badal spoke to Loop News and said, “With winning this award there’re two things that I really hope will come out of it and the first one is that… it will propel CCRI towards becoming the cancer research institute for the Caribbean. This is something that’s lacking… it is our vision and it can seriously make a difference in terms of patient outcomes, the delivery of care regionally and for me personally I just wanted to inspire people.”