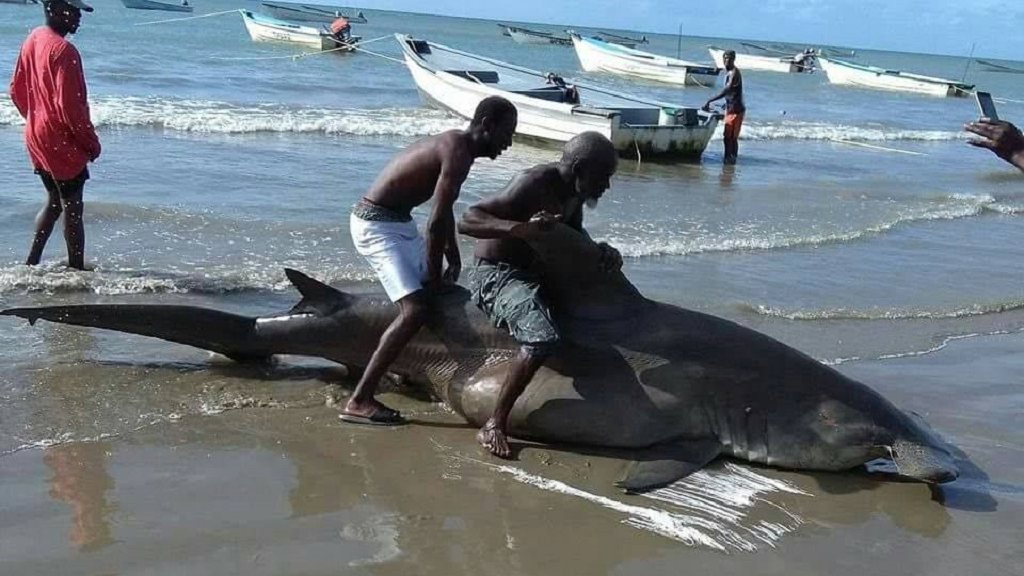 Guayaguayare fishermen who caught a great hammerhead shark weighing almost 1,000 pounds may have been unaware that their prized catch is an endangered species.

Video footage and photos posted to social media over the weekend showed the huge creature lying along the shore after it was pulled in by fishermen.

The post, which was shared to a local hunting and fishing group on Saturday, had over 6,000 shares and raised mixed responses from Trinbagonians.

It is alleged that shark had been found in the fishermen's nets after they reeled in their catch on Saturday morning.

Some commented on the shark's swollen belly, saying that it looked as if it might have been pregnant.

Responses were varied, with some seeing nothing wrong with the catch, while others condemned it.

"Great hammerhead? What a shame...lookin like it full of pups as well."

"You people know the economic state trinidad in and going to tell a fisherman to not catch fish?....and the comments "if they not going to eat it".......you chupid or what....what in Trinidad people dont eat....Mods you need to start banning these people....go and make a trinidad and tobago conservation page....chuppppppps man....always the same damn thing on everybody picture......i sure the didn't have an ultrasound to check if she pregnant."

"Hmmmm this shark is not only endangered but pregnant too how can people who say this is their life and profession be so uneducated wtffff yoooo this should be reported and make people aware of this so it don't happen again."

"Pregnant or not,it is endangered, so fishermen need to use better means that also protect endangered species." 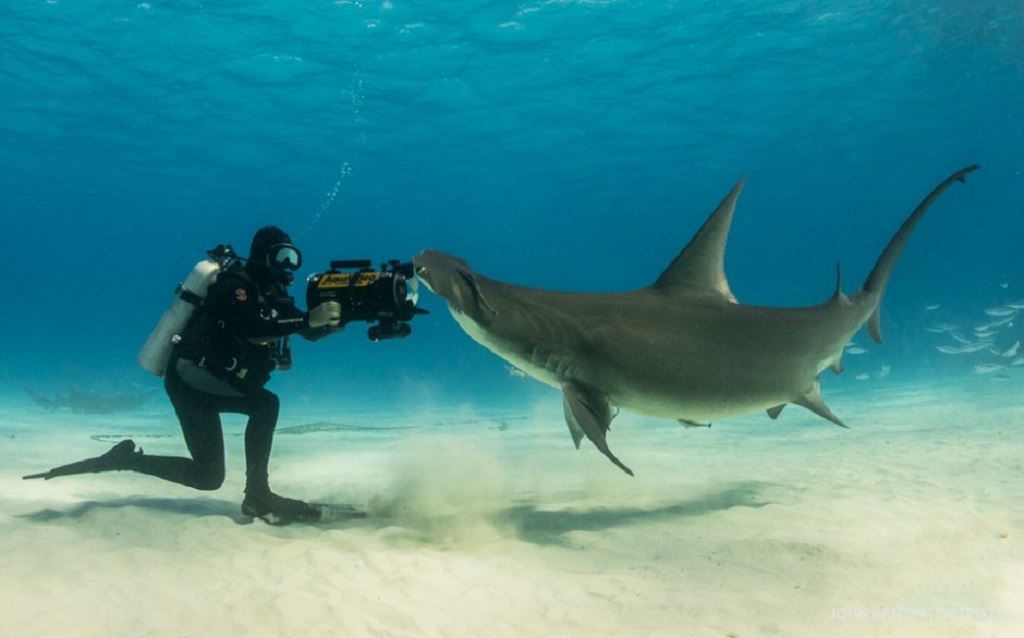 Kristopher Rattansingh of the Wildlife Environmental Protection of Trinidad and Tobago (WEPTT) said sharks play a critical role in maintaining balance in the environment, something which is important for fishermen.

"Apex predators are a necessity in maintaining healthy ecosystems full of biodiverse life in our oceans. Our oceans provide food, oxygen and even an avenue for tourism, we need it and sharks such as this one."

"As the number of large sharks continues to decrease the effects will become more devastating," he said.

Rattansingh said the country's laws should be revisited to ensure that these endangered species are protected.

"Like with most of our reaping industries, we need to revisit our laws and provide better protection for these animals, especially those that are endangered."

"Fishermen need to be more responsible in their catch and at the end of the day, it will be to their benefit. Sharks help control the population of other predatory species, thereby helping to maintain an abundance of prey species, which are the fishermen's livelihood," Rattansingh said.

In 2014 great hammerhead sharks became the first species to be added to the US Endangered Species list.