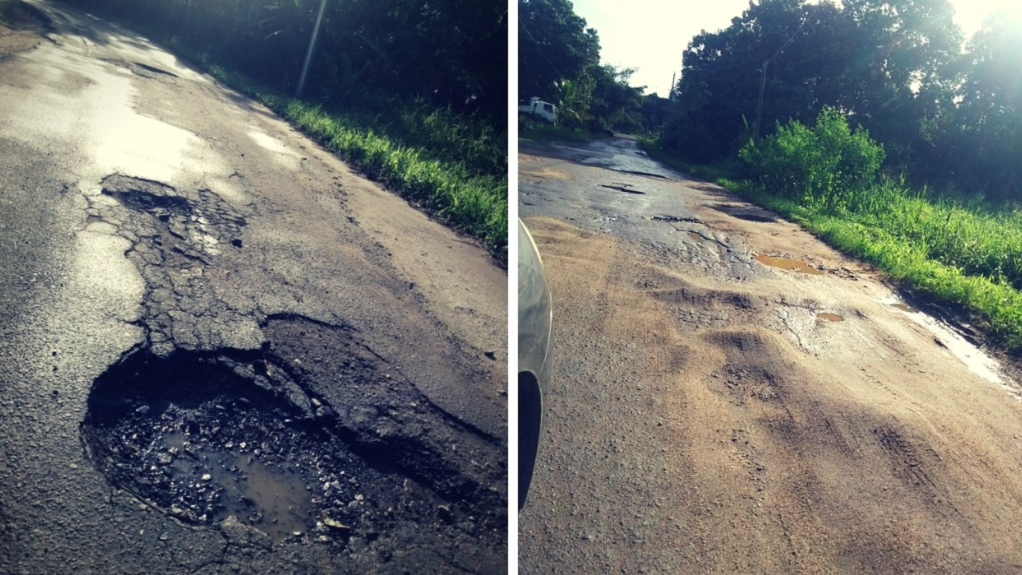 A stretch of road along Fishing Pond, Sangre Grande which has been riddled with potholes for years, was again paved by residents, who put up their own funds in order to pave the road.

A resident from the area, who chose to remain anonymous, said this has become an annual tradition as the road has been in this condition for over 20 years.

“Residents put money together and we bought whatever material we could get and we came together to patch the hole, but that’s just a temporary fix because we don’t have the proper tools and the skills."

"But we don’t have a choice because the road is deplorable. Even if the regional corporation does something, they just put some material that doesn’t last, and when rain falls it washes away. It’s really really bad."

The resident said the nearby Fishing Pond Primary School often becomes inaccessible during heavy rains because the road becomes impassable.

"There’s a nearby primary school and if rain falls for one hour the teachers can’t come, so there’s no school. To me, this is the result of poor drainage. There's very little rainfall and the road gets flooded."

He said the road has been in a poor condition for decades and said when they contact the Sangre Grande Regional Corporation they are told that there is not enough funding to have the road paved properly.

"Since I know myself this road is like this, and I am 28 years old. Over 20 years this road is in this condition. It costs people who drive their vehicles and the vehicles get damaged."

"There are a lot of people who live there, and this needs to be fixed properly. If the drainage was better maintained then we wouldn’t have the flooding," he said.

He said long ago there were a lot of tourists who used to visit a nearby beach as turtles would nest there. People in the community used to get revenue from it - but now, no one visits.

"We used to get a lot of foreigners who would come to see the turtles nesting nearby, it used to bring a lot of income for the community, but because the road is so bad, no one wants to come here anymore. It's sad."

“It’s very frustrating, if the road was good, you could make this drive in 10 minutes, but now with the condition of the road it’s a 40-minute drives.

Facebook page Bad Roads and Potholes of Trinidad and Tobago shared a number of videos and photos showing poor road conditions throughout the country.

The Ministry of Works and Transport issued an update on road repairs which began on November 19, 2018 as follows:

- The 66.1km Paria Road- Tender documents are being prepared