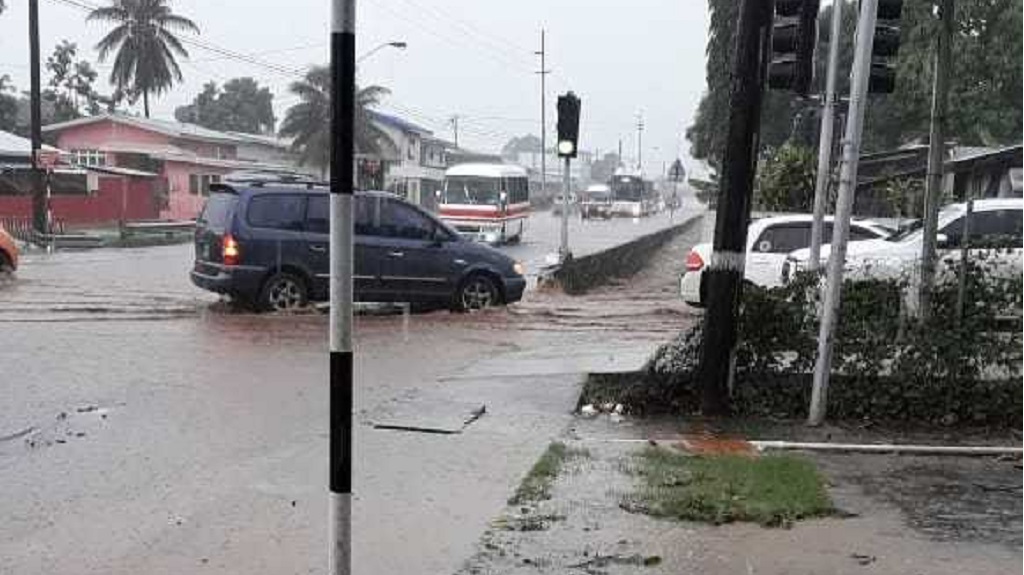 Flash flooding which resulted in traffic along the Churchill Roosevelt Highway just after midday near Trincity has reportedly subsided, according to an update from the Office of Disaster Preparedness and Management (ODPM).

"The ODPM wishes to advise the public that the reported flooding on the Churchill Roosevelt Highway in the proximity of Savannah Drive has subsided," the ODPM tweeted.

The flooding caused a back-up of traffic near Savannah Drive, Trincity, along the eastbound lane of the highway.

Drivers are asked to follow weather updates from the Trinidad and Tobago Meteorological Service to be advised of impending heavy showers.

Videos of flash flooding across parts of North Trinidad were shared on Monday, following heavy showers.

According to reports, flash flooding was reported along the Churchill Roosevelt Highway after Orange Grove Estate and along the eastbound lane of the highway near Macoya.

The ODPM wishes to advise the public of flooding on the Churchill Roosevelt Highway in the proximity of Savannah Drive. The TTPS is on-site to divert traffic accordingly. Motorists are advised to proceed with caution and to expect traffic delays. pic.twitter.com/fEKySDtuqd

Drivers were asked to seek alternate routes and avoid the eastbound lane of the highway after the Orange Grove Estate until flooding has subsided.

In its Monday forecast the Trinidad and Tobago Meteorological Service reported a medium chance of showers, with some becoming heavy and/or thundery especially near hilly and Western areas.

Have you experienced flooding in your area? Let us know along with your location below.