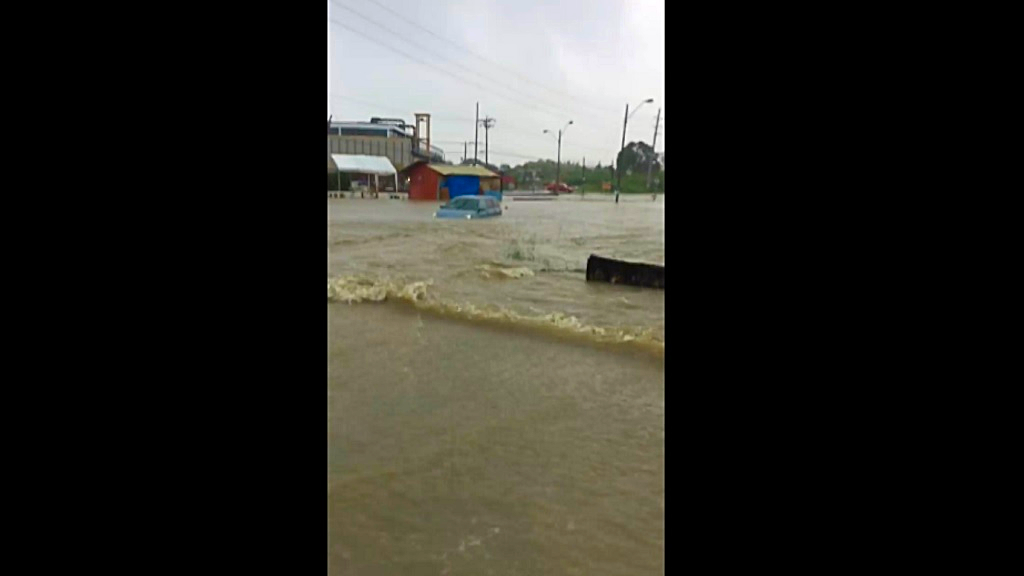 The Ministry of Rural Development and Local Government said flash flooding which occurred as a result of heavy rains in South Trinidad has begun to subside.

The Ministry said at 3:46 pm that according to reports from the Disaster Management Unit of the San Fernando City Corporation flash flooding had subsided.

Several videos surfaced of flash flooding in parts of South Trinidad around midday on Wednesday.

The Trinidad and Tobago Meteorological Service warned of heavy rains and a possible thunderstorm as a tropical wave and ITCZ were scheduled to pass over the country on Wednesday.

"Periods of rainfall and thunderstorm activity are expected to spread across various parts of T&T over the next few hours and gradually settle by evening," the Met Office said in an update on Wednesday.

Citizens are urged to remain safely indoors during periods of heavy rainfall and/or flash flooding and to contact their Disaster Management Units if needed.

The public is also urged to monitor official updates from the Met Office.

Emergency numbers are as follows:

78 dead in Nepal as flooding wreaks havoc in South Asia