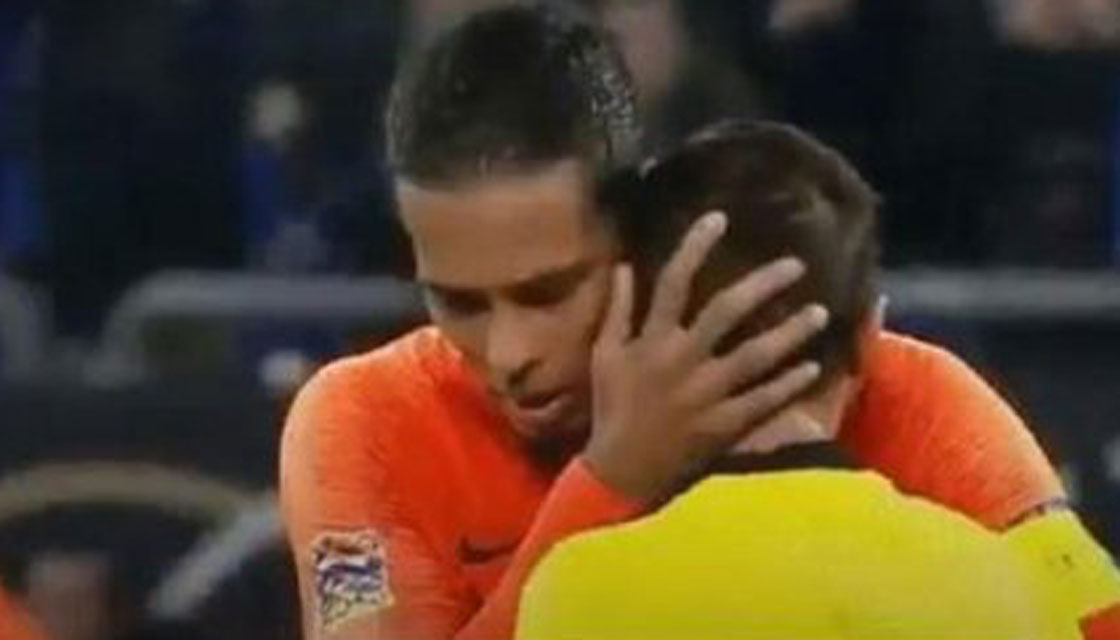 A Netherlands footballer comforted a referee whose mother died during the game.

The act of kindness was captured on November 19 during a match between The Netherlands and Germany.

The Liverpool defender later said he had noticed that Hategan seemed emotional and, after asking what was wrong, the referee told him that he had recently lost his mother.

“That man broke, stood with tears in his eyes because he had just lost his mother,” Van Dijk said, in quotes published by Voetbal International.

“I wished him strength and said that he had refereed well. It might be something small, but I hope it helped.”