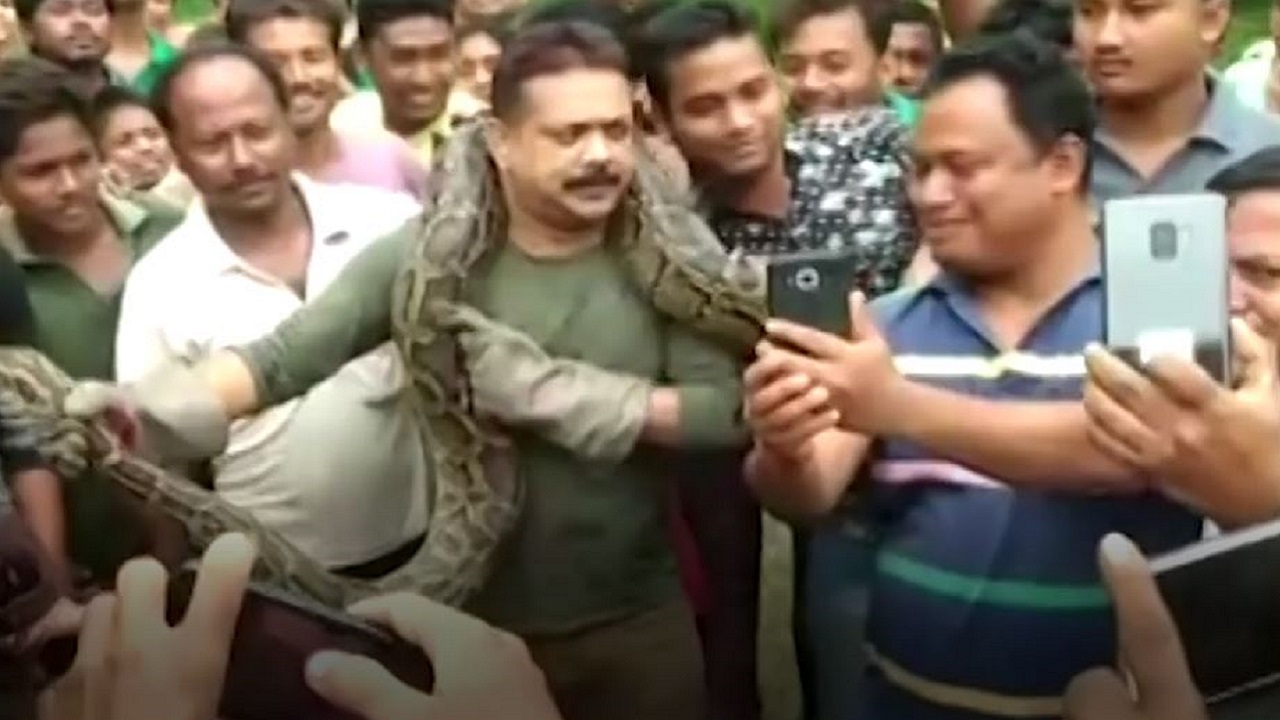 An Indian forest ranger who posed for selfies with a large python was lucky to escape when the reptile tried to choke him to death.

The incident happened in Sahib Bari village in Jaipaiguri, 600km from Calcutta, on Sunday when forest ranger Sanjay Dutta was called in by villagers to capture the 35ft rock python which was killing and eating a goat.

Dutta and his assistants secured the snake, but in an apparent attack of bravado the forest ranger than slung the python across his shoulders. Villagers rushed to take selfies with him, but things turned ugly when the snake started wriggling and then twisting and turning around Dutta's neck.

In the video, the apparently panicked forest ranger runs off screen, where other people come to his rescue. The forest ranger was unscathed and the rock python was later released into the forest. Here’s what happened – things get dicey around 1min 15secs in.

Watch: Python pulled out from car bumper in Thailand