Watch: Four rescued after van goes over cliff in Toco 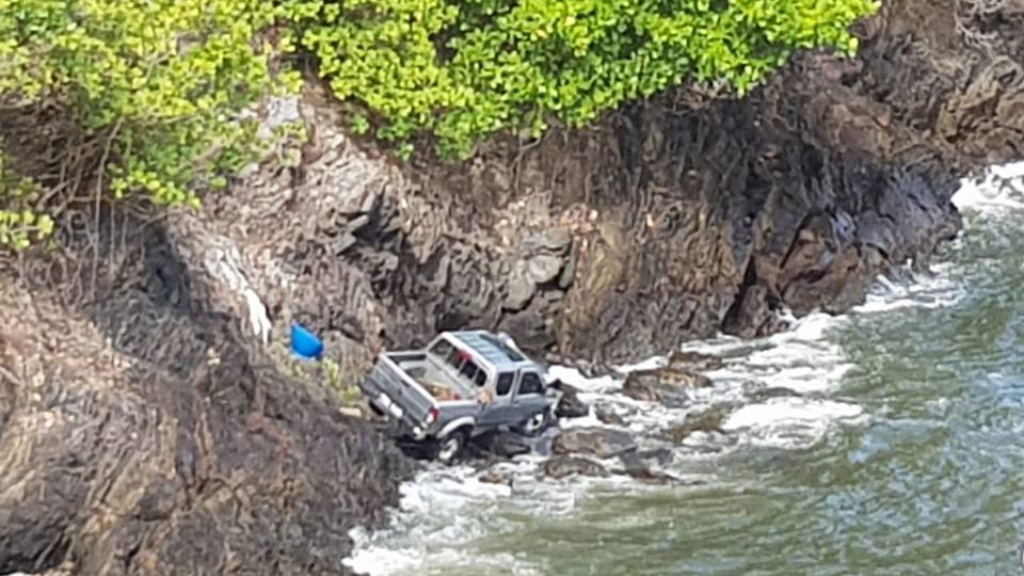 Eastern Division police are investigating the circumstances which caused a van to drive off a precipice in Toco on Wednesday, injuring four persons.

The incident took place around 1.45 pm on Wednesday near the 33 KM mark along the Toco Main Road.

The four occupants of the car were hospitalised, with three persons sustaining serious injuries.

The driver of the car, LoopTT was told, sustained a punctured lung, as well as other injuries, while two other passengers – including a woman – suffered broken bones and cuts.

He was treated and discharged.

Police were told that the four, who all reside in Toco, were in a Nissan Frontier van heading west, when the driver of the vehicle lost control while trying to negotiate a bend.

This led to the van driving off the roadway and down a precipice, estimated to be over 300 metres down.

Fishermen from the area aided police in rescuing the four occupants.

Cpl James of the Toco Police Station is continuing inquiries.