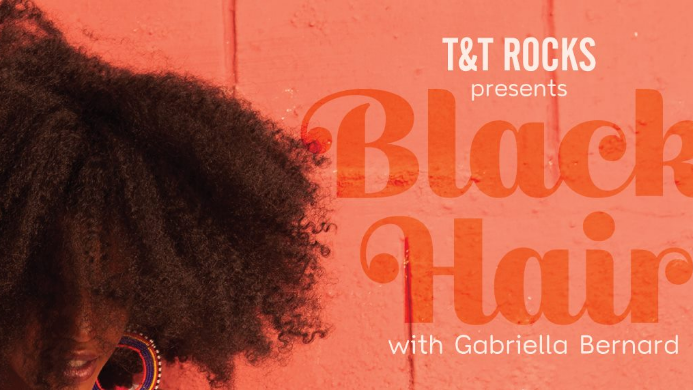 Earlier this week, one video clip set off a firestorm on social media, tainting many people's view of a former beauty queen and sparking an intense debate about natural hair.

The aforementioned clip, which served as a teaser for the short was a scene taken from the last season of Caribbean's Next Top Model (CNTM) with Bernard - an aspiring model with natural hair - being faced with the ultimatum to either relax her hair or be eliminated from the competition.

Bernard, visibly upset, initially refused to have her hair relaxed, stating that her natural hair was a part of her brand of embracing natural beauty and black empowerment. She eventually acquiesced. Later, during judging, CNTM host Wendy Fitzwilliam admonished her for her lack of professionalism in resisting to have her hair relaxed.

The scene caused a heated debate on social media, with many users expressing shock and disappointment that Fitzwilliam showed little sympathy for Bernard’s distress over having to relax her hair, and that the former Miss Universe called the young model unprofessional for the manner in which she protested relaxing her hair.

Some were of the opinion that Fitzwilliam, as a black woman who is said to have experienced discrimination herself as a result of her look and complexion, was in no position to call Bernard (or her hair) unprofessional. Some took the stance that Fitzwilliam was forcing Bernard to bend to a Eurocentric standard of beauty.

Others pointed out that Fitzwilliam never said Bernard's hair was unprofessional, but rather her attitude. Some also argued that Bernard was in the wrong since she eventually allowed her hair to be relaxed and would have known prior to coming on the show that there was a possibility that her hair would be altered during the ever-popular makeover segment of the show.

We invited Bernard and Galofre to sit down with us and talk more on the documentary as well as the backlash against Fitzwilliam, who has declined to comment on the matter.

While Bernard still stands by the belief that she wasn't unprofessional, she did defend Fitzwilliam to an extent.

“A lot of people misunderstood: she didn’t say my hair itself was unprofessional, she was saying in which I stood up for myself…and didn’t do what she wanted…that was her issue.

“I don’t think that I was unprofessional. Standing up for myself is not unprofessional. Saying that this is more than just my hair texture. This is a socio-political issue that we have dealt with in Trinidad, the Caribbean, the whole world for centuries. We’ve been told our hair is not good enough."

When asked if she wanted Fitzwilliam to apologise, she appeared to be divided.

“Initially I wanted her to apologise and admit that she was wrong about how she went about what she did. Because in retrospect, if she had really agreed with me as she said and given me a wig, both of us would have come out on top afterwards. But you wanted to make it seem as though you are the queen, the mother, and anything you say goes because you’re big, I’m small, you’re strong, I’m weak…even the way she spoke to me was very condescending.”

When asked if she thought the message for the documentary has been lost given all the backlash toward Fitzwilliam, Bernard admitted: "It may be lost in the sense that the focus is on Fitzwilliam and she did this. But events have started the conversation about the standards of beauty in the Caribbean.”

"Black Hair" has been nominated for the People's Choice Award and has been picked up at film festivals in Baltimore, Maryland and in Cameroon.