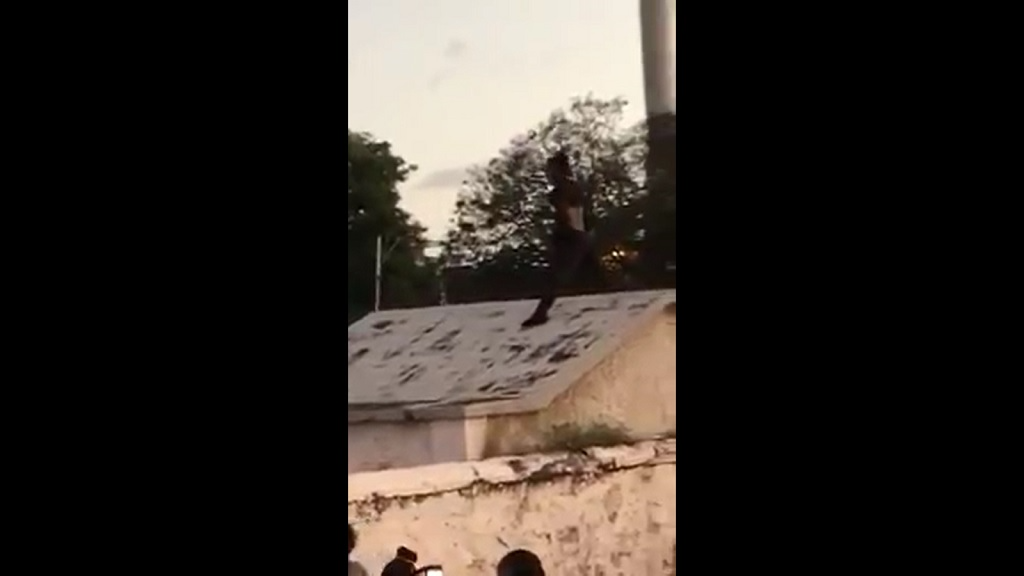 One video has gone viral showing a Carnival reveller as he gyrated and wined on what appeared to be a mausoleum in Lapeyrouse Cemetary in Port of Spain on Carnival Monday.

Footage of his antics in the cemetery, which is situated along the Carnival route, raised a shocked response from some, who said his act was disrespectful.

“Absolutely disgusted to see this dundunfly wining up on a cemetery's mausoleum!

“The people in this country gone through things got worst no respect for absolutely nothing.”

"Carnival is about merriment and i love the season eh but have the utmost respect for those no longer with us. Then when some shit happen to him later on in life, or they pay him a visit, he'll be wondering what he do."

“That is being disrespectful shame on you.”

“Thee dead should eh wine on him smh”

“Dead must be turning in their graves!”

“No respect for the dead.  The roof should have caved in and then he would be wining with the dead then everybody would blame the govt.  Steups no respect at all. Disgusting poor and shameful. But Trinidad sweet eh..... enjoy your carnival papie.”

Do you think the cemetery should remain off-limits?

Over 200 tested, five held for drunk driving on Carnival Monday