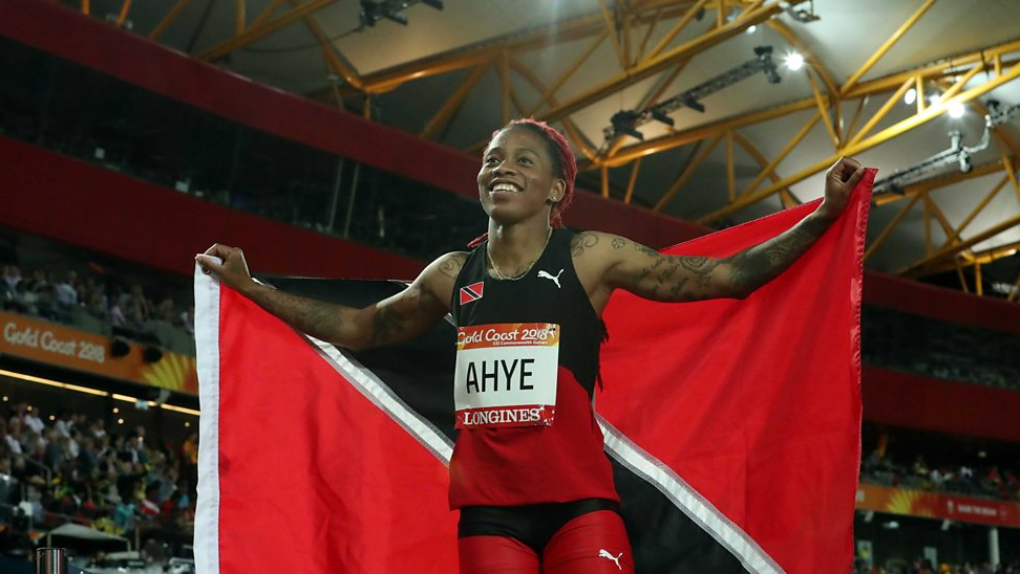 Michelle-Lee Ahye is probably having the best birthday of her life.

The track and field star rang in her 26th birthday singing the national anthem as she received her gold medal on Tuesday in Australia, following her historic 100m win on Monday.

Understandably, it has been quite a whirlwind since she won.

At a press conference on Tuesday, Ahye and her counterpart, Akani Simbine of South Africa who won the men's 100m, have both admitted getting very little sleep since winning their respective 100-metre titles on Monday night.

Michelle-Lee Ahye was awaiting a call from President Paula-Mae Weekes. The birthday girl was also surprised with a small cake by Commonwealth Games officials to mark her birthday.

Akani Simbine, who upset Jamaican Yohan Blake to win the men's title, was still having a tough time believing his win, 12 hours later. So was his mother, who took the day off work in South Africa to watch the race on TV and who Simbine said had a "next-level smile."

Ahye's victory will inspire others to aim for excellence, PM says