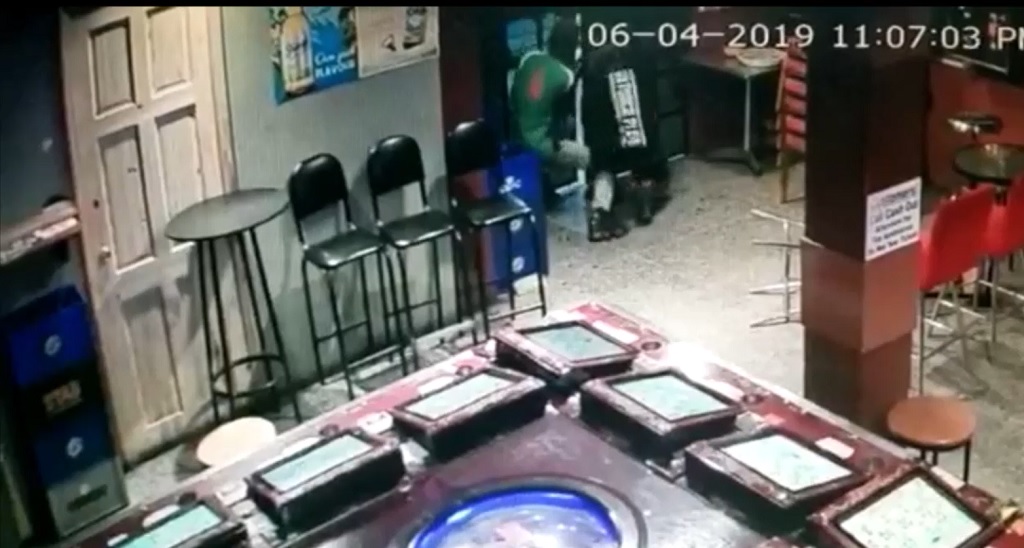 Clips of gunmen who kicked at, and even shot at a door, in a frantic bid to escape a bar after they had robbed the business just moments before, are being circulated online.

The incident took place at about 11:00 pm on Saturday at the Cashino Bar and Lounge, along Don Miguel Road, El Socorro.

Two gunmen entered the bar, announced a hold-up, and robbed two men of their cash and valuables.

However, when it was time to escape, the gunmen encountered difficulties.

The bar has a security feature where the door can only be opened by the bartender who “buzzes” persons in.

However, upon seeing the men pull out firearms, the bartender fled the scene, trapping the gunmen in the building.

CCTV caught the frantic actions of these robbers as they attempted to escape.

However, their actions will aid in their arrest, as this led to fingerprints being left on the door, as well as their faces being recorded for an extended period on the cameras.

That said, the description of the suspects are as follows, and anyone with information which could lead to their arrests is asked to contact the Barataria Police Station or they can give the information anonymously through 555 or 800-TIPS.

Another wave of Saharan Dust is heading for T&T

Trini-Canadian in court for 100 fraud-related offences