WATCH: Hawksbill hatchlings make a run for it in Tobago 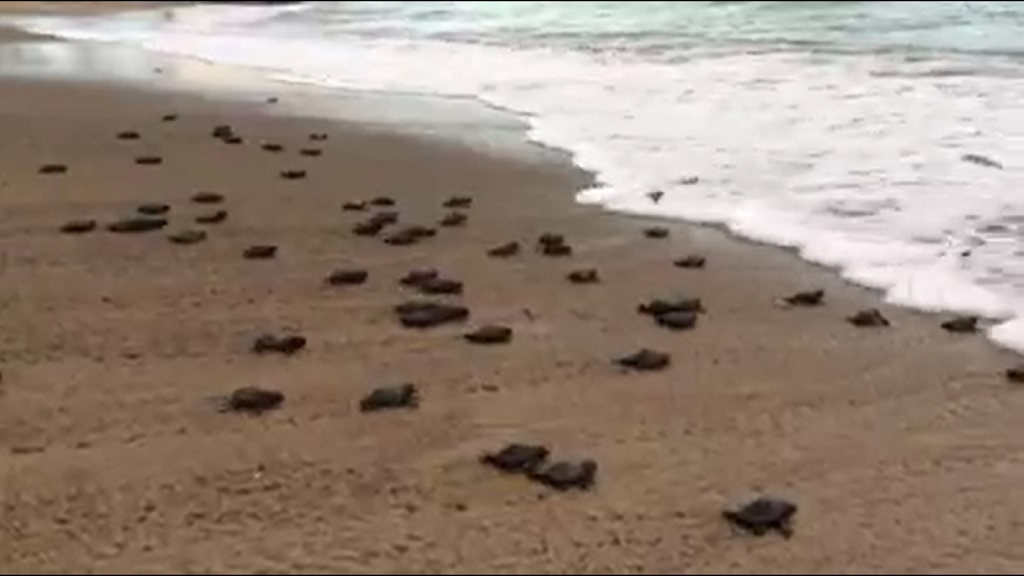 Although turtle nesting season is typically from mid-March to July, one eager batch of Hawksbill babies have already made their way into the world.

Tobago conservation group SOS Tobago shared a video to Facebook on Sunday showing the group of hatchlings - 198 of them - as they rushed into the ocean near Magdalena Beach Resort in Tobago.

"One nest hatched at the Magdalena Grand Beach Resort, this evening. 198 hawksbill hatchlings, making their way through the Atlantic Ocean this evening," the group said.

The group said another batch of 60 hatchlings were seen on Wednesday evening.

Nesting season is typically from mid-March to July. The main sea turtle species which nest in Tobago are Leatherback turtles, whose nesting beaches span the southwest coast, from Black Rock to Plymouth, but nesting is also reported in lesser numbers along the north and east coasts.

Hawksbills are sighted sporadically all around the island but in greatest numbers on the small rocky beaches of the north-east coast. There is a significant foraging population found on the reefs of Tobago year-round.

Sightings of nesting green turtles are on the decline, but there is a significant offshore foraging population found year-round at key offshore sites.

Every year, female turtles travel thousands of miles to return to the shores where they were born, to lay their eggs.

This prohibits injury or sale of the species and the destruction of its habitat. The penalty for causing damage to an Environmentally Sensitive Species is $100,000 and imprisonment for two years.