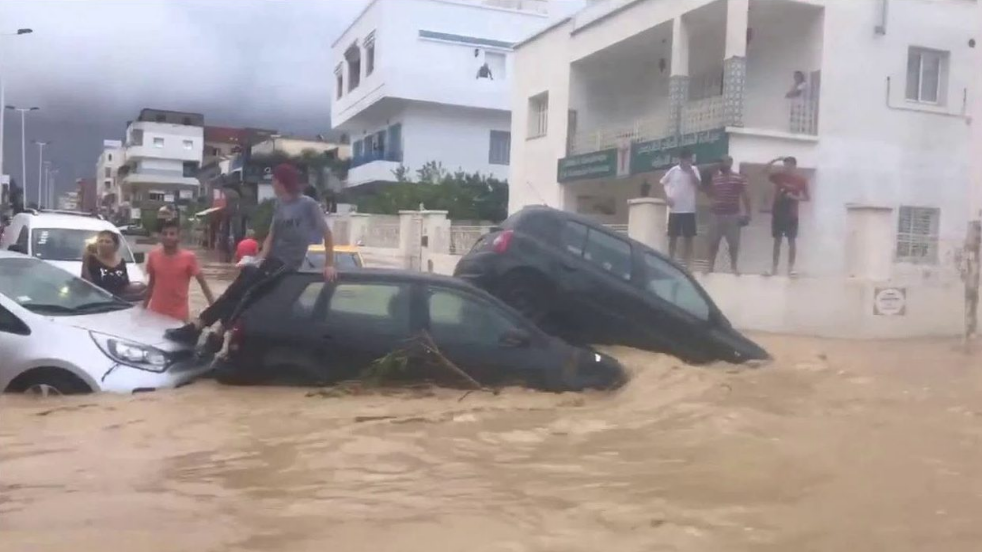 Saturday’s storm caused water levels in some areas to rise as much as 1.7 metres (5.6 feet), as bridges and roads were damaged in record rains that dropped the equivalent of nearly six months of average precipitation.

In most places, water levels had begun falling quickly, the interior ministry said, adding however that the death toll had risen to five after a teenager was electrocuted Sunday in Bou Argoub, 45 kilometres (28 miles) southeast of Tunis.

The storm dumped 200 millimetres (7.9 inches) of rain on Nabeul and up to 225 millimetres in the city of Beni Khalled, in the peninsula’s centre.

It was the heaviest rainfall since records in 1995.

Florence the week after: Thousands brace for more flooding

Olivia is now a tropical depression, more rain for Hawaii