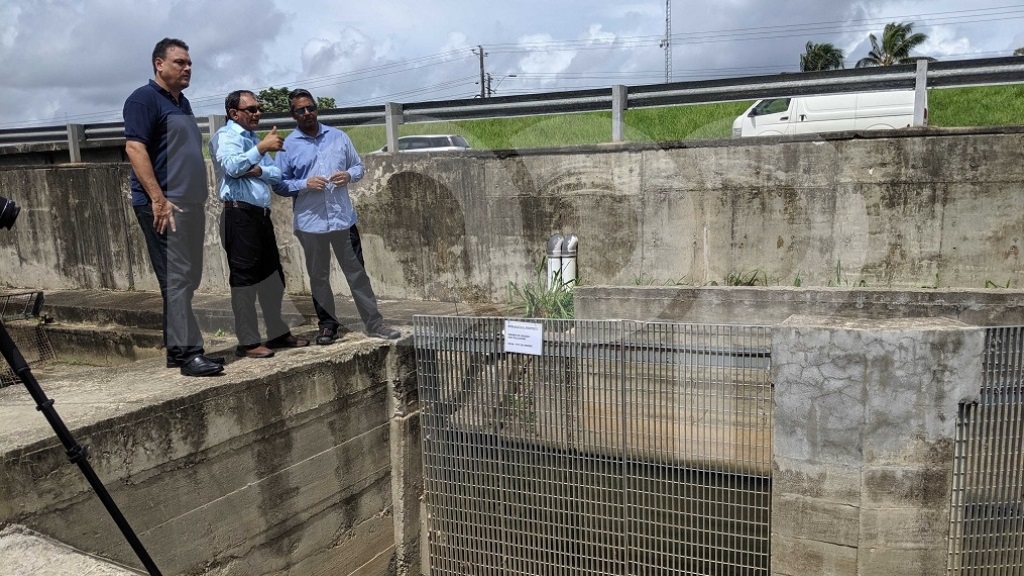 Prior to 2014, the quiet streets of Bamboo No. 3 once suffered the same watery fate as other flood-prone areas in Trinidad during heavy rains.

However, since the implementation of structural designs by engineer Ken Dalchand, Bamboo No. 3 has remained flood-free for the past five years, allowing businesses and homes in the area to flourish.

Floodwater in, floodwater out

The problem had to do with a nearby river which flooded its banks during heavy showers and often flowed back into the very drain it was designed to drain out of.

The drain was controlled by sluice gates, which often needed manual intervention to be closed, which was difficult during periods of riverine flooding and heavy rains.

Meanwhile, a pump system on the other end of the area which was designed to empty flood water often failed due to garbage which clogged the machinery.

Former head of the Drainage Division, Shamshad Mohammed, reached out to Dalchand to see what could be done.

Dalchand, who is the director of DalCHAN Global Solutions, was able to successfully implement a design which traps floating debris, allowing pumps to work freely to pump out excess water.

Dalchand also designed a shut-off system for gates at the other end of the area, which works with differential pressure to close the flood gates once the river rises above a certain level.

These designs have been registered as his intellectual property, and can be implemented in other areas, for example Greenvale, he said.

“With any area that’s prone to flooding, we can implement these systems,” he said.

Compared to the traditional sluice gate, this pump does not need to be activated manually, and the system is also sealed to prevent tampering.

The system is designed to operate with minimal maintenance for 25 years, and for the past five years, has worked efficiently, he said.

“The protective gates which sealed the pump mechanism were ordered from the US and were specifically customised to withstand the elements because of the brackish water in this area.

“This is different to a sluice gate system, which needs human intervention to crank it. However this system works with differential pressure. Once the river reaches above a certain level it shuts off. There’s no backwater here to flood Bamboo No. 3,” he said.

The design also does not rely on any external power source.

“This design is green, it’s sustainable…because no one is coming down here in the middle of a tropical wave or storm, to shut off any valve,” he said.

Dalchand says the devastating flooding which took place in 2018 must not be allowed to reoccur and can be alleviated with the right design solutions.

“We saw first-hand what happened to the country last year, it was thrown into a state of chaos and we want to try to mitigate that.

“Global warming means these types of events are the new normal, and we need to prepare for them. We need to become proactive, not reactive,” he said.

Dalchand said he and business partner Russell Chan are ready and able to assist government with flood mitigation solutions for other flood-prone areas in Trinidad and Tobago.

He also called for more proactive measures in stopping the problem of pollution, as since the catchment system was implemented they have collected tonnes of garbage.

He added that plans for a similar design for the Piarco area had also been submitted to the Trinidad and Tobago Civil Aviation Authority however, with the changeover in government administrations in 2015, he has not since had any updates on that.