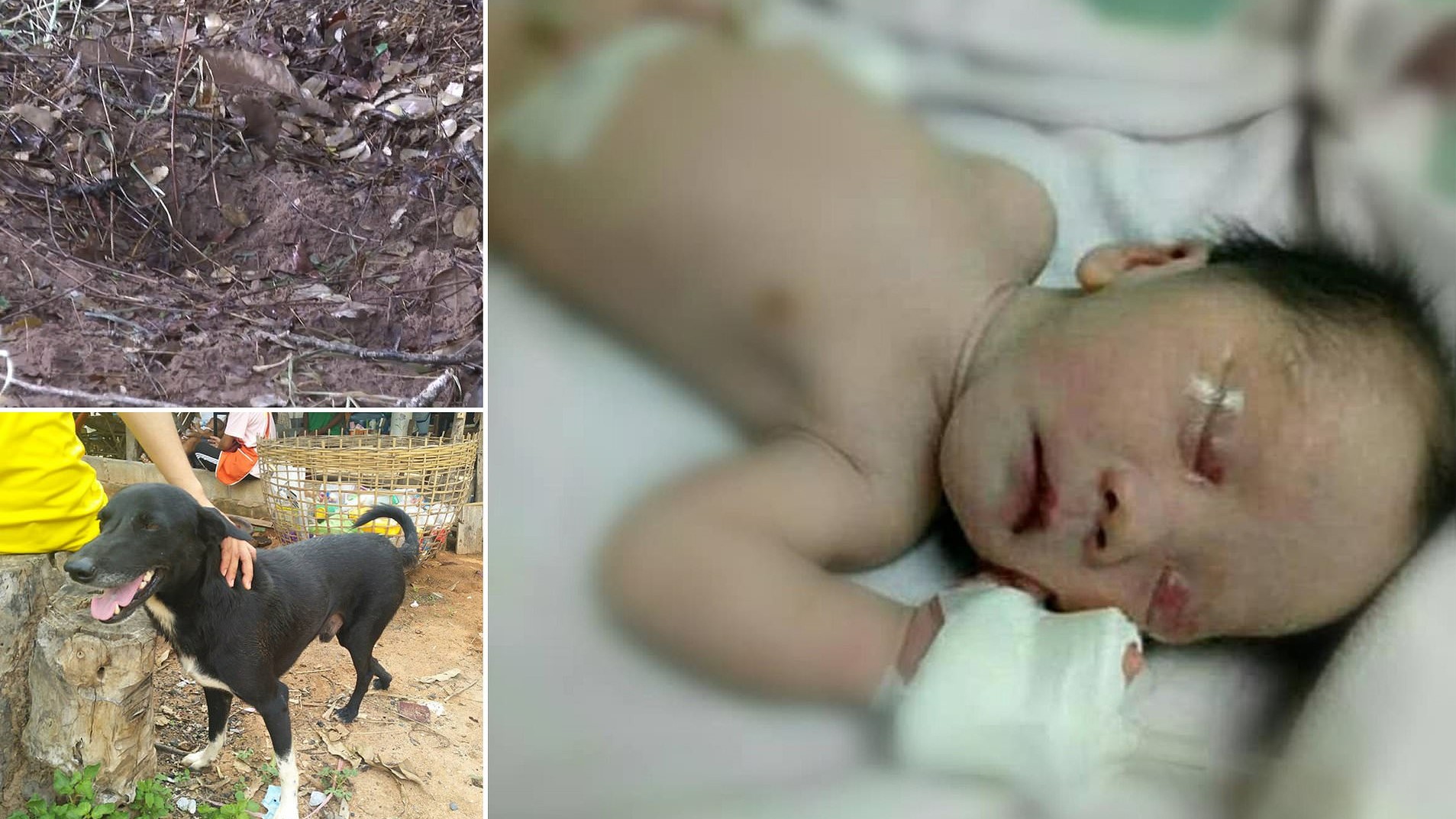 A hero dog saved a newborn baby after finding him in a field where the teenage mother buried him alive.

The six-year-old pooch named Ping Pong was seen scratching at earth alongside a farmer’s field in Korat, northeastern Thailand, on the morning of May 16.

Ping Pong’s owner Usa Nisaika, 41, went over to look and noticed the infant’s tiny leg poking up from the earth.

Usa frantically dug up the 5.2lbs baby and rushed him to the hospital where he was found not to have suffered any serious injury.

The infant has been deemed healthy and police have arrested the mother, aged 15, on suspicion of attempted murder.

Usa said his dog - which only has three working legs having been hit by a car when he was younger - was a ‘’hero’’.

He said: ‘’I have had Ping Pong since he was born and he has always been very loyal and obedient.

‘’When he was younger a car hit him and his back leg was injured. He cannot use it but he still helps me when I’m herding cows.

‘’Everybody in the village is amazed by what he has done now. He is a hero because he saved the life of the baby.’’

Police began investigating and interviewed local residents. None of them knew any pregnant women in the area but a shopkeeper said that a teenage girl had recently bought an unusually large amount of sanitary towels.

The teenager was arrested on May 16 and admitted giving birth to the baby boy. She told police that she buried him to try to hide the birth because she was afraid that her parents would be angry.

Officers have now kept the baby under supervision in the hospital, but the girl’s parents have offered to take care of the infant.

Nakhon Ratchasima governor Wichian Chantharanothai and Trairat Witthayanumart, the chief of the Chumpuang district, said they have visited the infant in hospital and he is healthy.

Governor Wichian said: ‘’The baby is recovering and he is healthy. His weight when he was born was 2.4kg.

‘’The parent of the mother has offered to take care of the baby when he leaves hospital but that has not been agreed yet.

‘’A team of police and government welfare workers need to consider the safety of the children.’’

Police interviewed the teenager mother on suspicion of attempted murder but they are waiting for her to be assessed for her mental health.

Governor Wichian added: ‘’Police officers are preparing to prosecute the mother but she is also a child and we must consider her mind and be professional. It is important that she is nurtured and treated fairly.’’

Newborn baby in Brazil survives after being buried alive