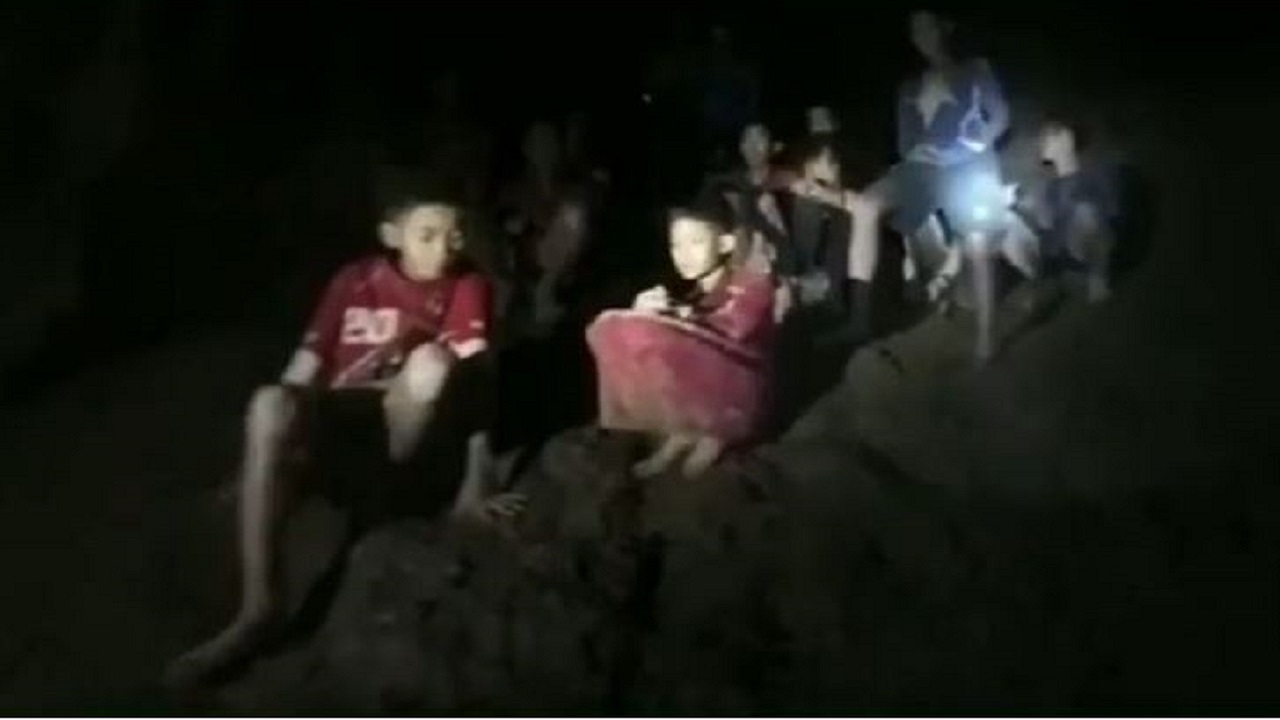 Footage of the Thai boys found alive in a flooded cave system shows the group huddled on a ledge talking to divers who managed to swim through tunnels to reach them.

Cries of “Hey you!” and “Thank you” come from the group as one of the divers asks how many people are there.

"Thirteen!" replies a member of the group. "Thirteen? Brilliant!" the diver responds. “They’re all alive!” another diver is heard to say.

The group of 12 young boys and their football coach have been trapped in the cave system – which is known to flood in heavy rain - since 23 June. But divers got to them on Monday after swimming though floodwaters.

One group member appears to ask when they can be rescued. "Not today,” one of the divers replies.  “There's two of us. We have to dive. We are coming. OK? Many people are coming. We are the first."

Chiang Rai Provincial Governor Narongsak Osatanakorn warned that while the boys have been found safe, the operation to rescue them is incomplete.

"When the medics have evaluated the kids to see if their health is in good condition, we will care for them until they have enough strength to move by themselves, and then we will evaluate the situation on bringing them out again later," he said.

Divers and rescue teams from Thailand, the UK, US, Australia and China have been at the site as part of a major effort to rescue the boys.

He said the primary decision is whether to try to evacuate the boys and their coach or to supply them in place.

"Supplying them on site may face challenges depending on how difficult the dives are," Mirza, co-ordinator of the US National Cave Rescue Commission, said in an email.

"Trying to take non-divers through a cave is one of the most dangerous situations possible, even if the dives are relatively easy. That also begets the question: If the dives are difficult then supply will be difficult, but the risk of trying to dive them out is also exponentially greater."