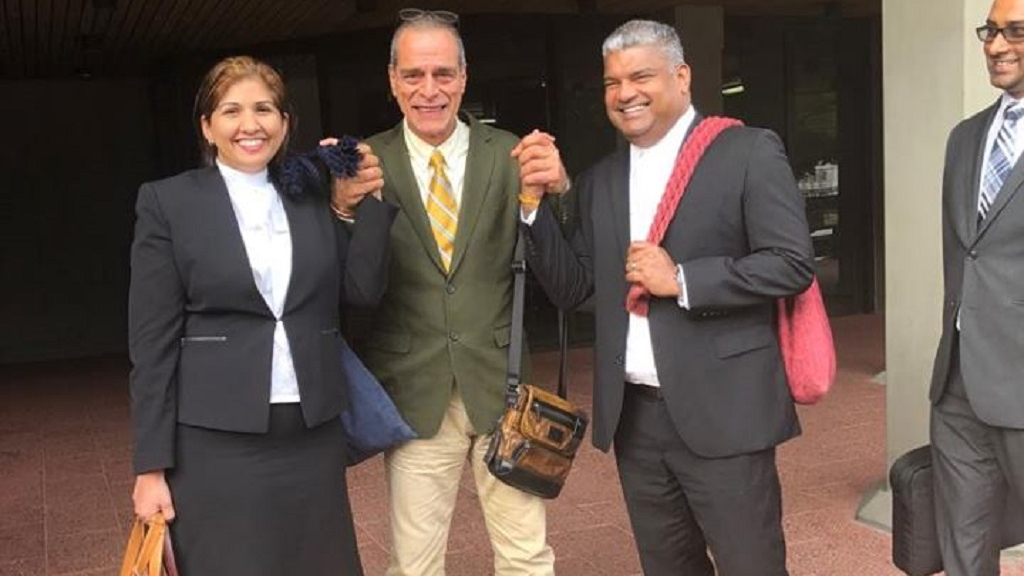 An injunction was granted on Tuesday to halt work on the controversial highway extension from Cumuto to Sangre Grande due to environmental concerns.

According to a statement from Secretary of Fishermen and Friends of the Sea, Gary Aboud, said High Court Justice Kevin Ramcharan granted Interim Injunctive Relief until the matter is heard on January 22, 2018.

Aboud said this Interim Injunctive Relief has ordered the halt of all construction and any new logging of any tree for the construction of a 5000-metre highway on the southern boundary of the Environmentally Sensitive Area (ESA) of the Aripo Savannas and through the Long Stretch Forest Reserve from Cumuto to Sangre Grande which was approved by the Environmental Management Authority (EMA) on 22nd June 2017.

The group said the four-lane highway is being built with provision for subsequent expansion to a six-lane highway and is clearing a 330 foot (100 metre) path through the high-woods of this Forest Reserve.

“FFOS support infrastructural interconnectivity throughout Trinidad and Tobago as long as it protects existing inhabitants and habitats, is sustainable, abides by the Precautionary Principle, consults and lawfully follows the procedural requirements embodied in the Environmental Management (EM) Act 2000.”

FFOS said it is appealing to all NGOs with an interest in biodiversity and endemic species to come forward and make their concerns heard.

“We must unite to oppose expenditure that is poorly planned and dictatorially determined without consultation for a highway from nowhere to nowhere and in which the justification of all three phases has not even yet been determined as feasible and in which the resident voiceless and abandoned communities have not even been allowed to recommend or examine other less impacting/displacing alternative routes,” Aboud said.

Aboud also questioned the award of a $400 million contract to a firm that was described as engaging in ‘cartel behaviour’.

The group also acknowledged the tireless activism of the renowned and late Professor Julian Kenny, Professor Peter Bacon and Victor Quesnel who built the foundation for a biodiversity database and have lobbied for the protection and designation of the Aripo Savannas during their tenure.

FFOS also acknowledge the perseverance and hard work of the Trinidad and Tobago Field Naturalist Club (TTFNC) who for decades have been advocating and lobbying for the protection of Aripo Savannas.

The group thanked its legal team led by Anand Ramlogan SC who “worked tirelessly through day and night to bring this critical matter of great public interest to the doorstep of the Hall of Justice”.

“This is our Savannas that are being destroyed and the entire scientific community should be alerted to join us in appealing to our Government to turn back the clock and follow the procedures embodied in the EM Act rather than threaten, bully, victimise and interrogate the professionals who are doing their rightful duty in the review and assessment of the application.”

“This is round one victory for ecological justice but there is a long hard road ahead,” Aboud said.

The matter of Injunctive Relief and Application for Leave for Judicial Review of the decision to grant the Certificate of Environmental Clearance (CEC) approval will be heard in the High Court on Monday, January 22, 2018, at 10:00 am, in POS 3.