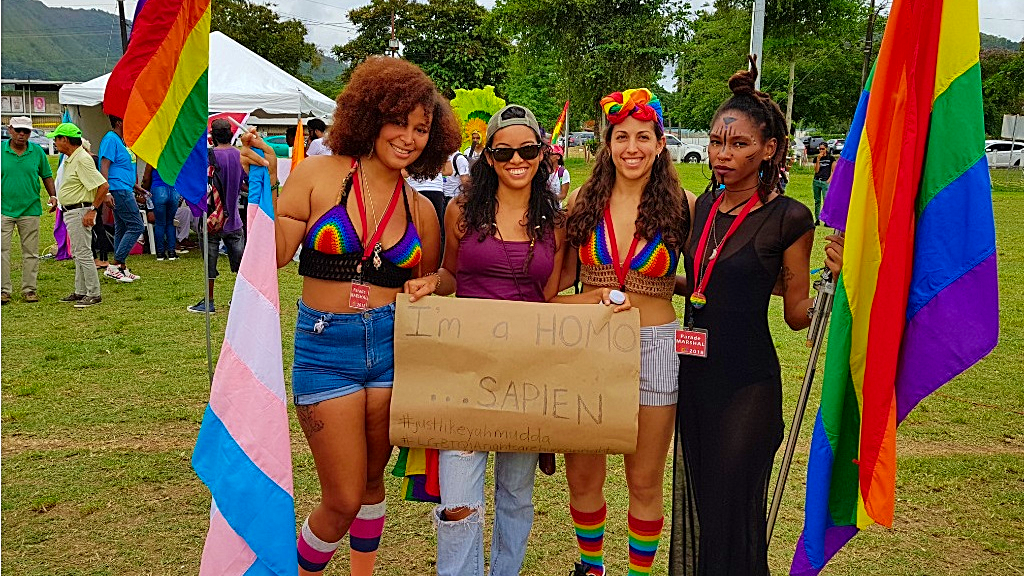 Photo: Supporters and members of the LGBTQIA community turn out in rainbow colours for the country's first Pride Parade in Port of Spain on July 28, 2018.

It was a historical first for Trinidad and Tobago as members and supporters of the LGBTQIA community took to the streets for the country's first ever Pride Parade.

The parade, which culminated a month of events held by the Trinidad and Tobago Pride Arts Festival, led hundreds of people bedecked in rainbow colours along Tragarete Road in Port of Spain, ending finally in Rust Street, St, St Clair.

Committee leader Rudy Hanamji said to LoopTT that the historical event brings hope for true equality and human rights for all citizens.

"It's a moment of sheer joy and appreciation for all the people who came together to make this possible. I feel inspired and happy, and proud that we were able to defy the odds and make this a reality."

"I'm happy as well to know that young people and not-so-young people are feeling equally inspired by this an that they're feeling better about being a member of the LGBTQIA community. We have achieved our objectives and we move forward in strength, onto next year," he said.

Hanamji added that he and others are not fazed by the current opposition from religious groups, who met earlier this year to lobby against same-sex marriage, although LGBTQIA communities have stated that they are not addressing that issue but the issue of the country's sodomy laws.

"While religious leaders tend to hold onto dogmatic principles, what is interesting is that members of the congregation include members of the LGBTQIA community, so together, the following of religious groups are coming out and supporting us. So they will talk to their leaders and inform them and in time, this will be something of the past, and that's why we have to be proud and celebrate," he said.

See photos from the event below: