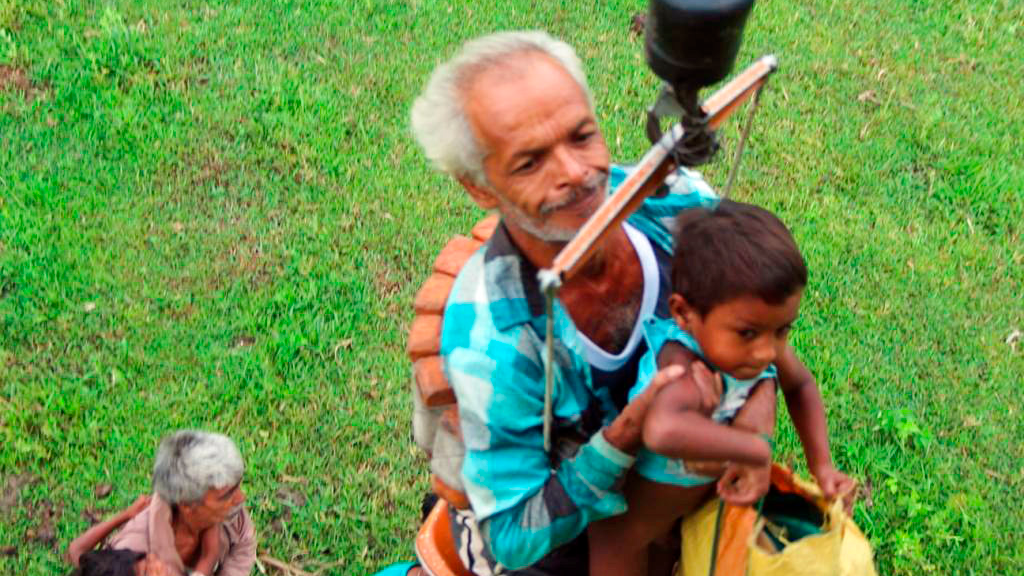 Indian authorities have issued an alert about flooding from a rain-swollen river that flows from China and have rescued some from an island in the river in the remote northeast.

Tamiyo Tatak, a district magistrate, said Friday that hundreds of people from about a dozen villages have moved to higher ground in Arunachal Pradesh state on the Indian side.

(This was the moment a two-storey home collapsed into raging flood waters and vanished without a trace. No life was lost as the residents had been evacuated by officials. The terrifying incident occurred at Kotdwara in the Himalayan state of Uttarkhand, India, on August 27. The local river, Koh, had flooded the town three days ago due to heavy rains. As the swollen river entered the town, local officials asked residents living in the vicinity to move to safer places. Floods, triggered by heavy rains, have played havoc in several Indian states killing hundreds and displacing thousands of people.)

Tatak said China warned India this week that torrential rains have increased the water in the Siang River that flows into India's northeast.

The air force used a helicopter to rescue 19 people who became stuck on an island in the Siang when the tiny spit of land became inaccessible by boats.

More than 1,000 people have died in seven states since the monsoon season started in June.