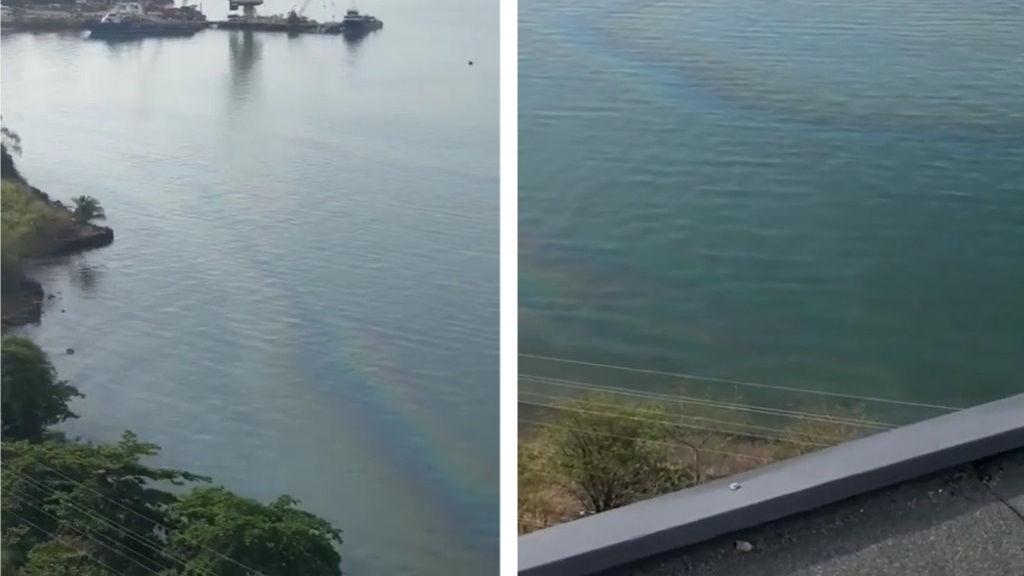 Photo: Screenshots of a viral video showing what appears to be an oily substance seen near Chaguaramas.

An investigation has been raised after a video was shared showing what appeared to be an oily sheen stretching across the Gulf of Paria near Chaguaramas.

The video was shared via Facebook page Real Talk with Saieed Ali on Wednesday.

A representative from the Ministry of Planning and Development said officials from the Chaguaramas Development Authority (CDA) were at the site carrying out investigations on Thursday.

The Environmental Management Authority has also been notified.

According to reports, the sheen appears to be that of a gas spill and was observed on Wednesday in the Gulf of Paria.

The spill was described as a ‘sheen of gasoline’ on the water’s surface, and was noticed near the Buoys around 8.00 am.

Video footage showed a number of vessels near to a building and a small private jetty. However, up to late Wednesday, the source of the spill could not be determined.

The Trinidad and Tobago Coast Guard was also made aware of the incident, and the matter is being investigated.