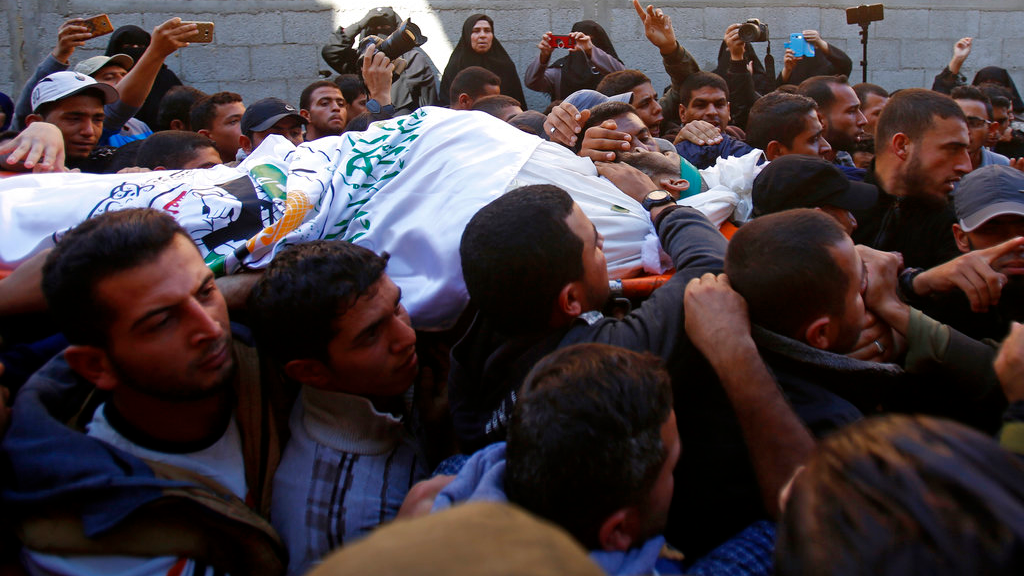 The Israeli military dispatched fighter jets on Monday to strike "terror targets" throughout Gaza following a barrage of mortar and rocket fire that wounded six people.

Palestinian militants fired dozens of rockets into southern Israel at sundown Monday, a day after an Israeli military raid in Gaza left seven militants and an Israeli officer dead.

Israeli media said six people were wounded by Palestinian fire, including a 19-year-old who was critically hurt when a mortar shell hit a bus.

Smoke plumes could be seen rising from the Gaza skyline on Monday as fighting continued between Israeli forces and Palestinian militants.

Israel and Gaza's Hamas rulers had appeared to be making progress toward ratcheting down months of border violence.

It said militants discovered the car and chased it down, prompting Israeli airstrikes that killed "a number of people."