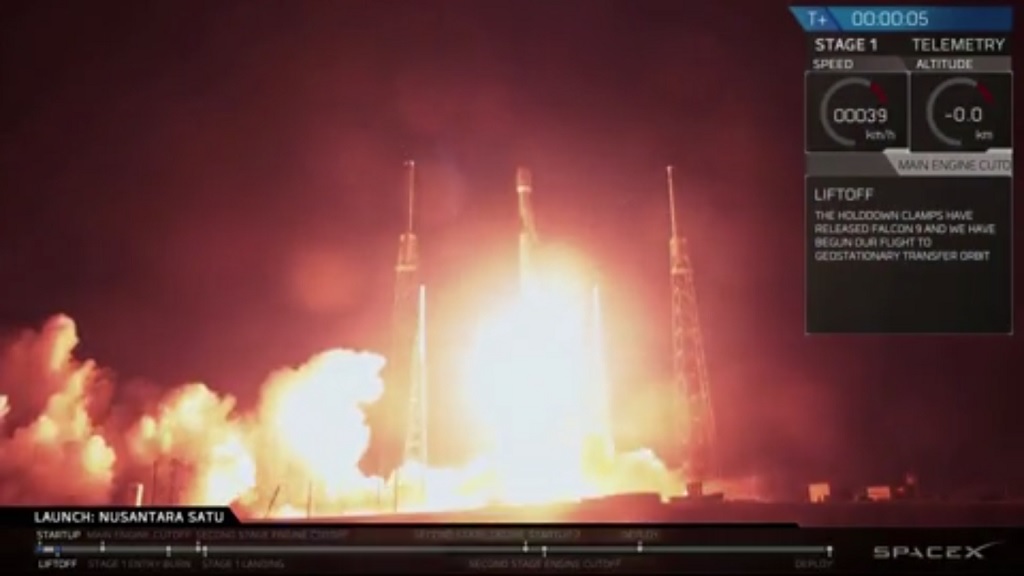 It was onboard this SpaceX Falcon 9 rocket that Israel started its mission to the moon.

If successful, it would make Israel the fourth country to pull off a moon landing, after Russia, the U.S. and China.

The rocket carried three separate spacecraft, but most notably Israel's privately funded lunar lander. It's a first not just for Israel, but for commercial space.

The 585-kilogram (1,289 pound) landing craft, about the size of a washing machine, is called Beresheet, Hebrew for Genesis or "In the Beginning."

Unlike giant, powerful NASA rockets that hurtle directly toward the moon, the humble four-legged landing craft, barely the size of a washing machine, embarked on a risky and roundabout route.

The $100 million mission couldn't afford its own rocket, so Beresheet hitched a ride on the SpaceX Falcon rocket.

It took the four-legged lander nearly two months to reach its destination.

In total, the spacecraft will traverse 6.5 million kilometres (about 4 million miles), among the longest distances ever travelled to the moon.

The spacecraft is the creation of Israeli non-profit company SpaceIL and the state-owned Israel Aerospace Industries.

If all goes according to plan Thursday (11 April), Beresheet will land on a plain of solidified lava, known as the Sea of Serenity.

It will spend a couple days on the moon's surface, measuring the magnetic field at the landing site, and send back data and pictures.

In February, just before the rocket's launch, SpaceIL CEO Dr. Ido Anteby said they want to inspire the next generation of scientists and engineers.

"We want the Israeli kids and the Israeli youth to, we want to encourage them to learn STEM subjects - science, technology, engineering and informatics - and we hope that this mission will create the effect and encourage them. "

SpaceIL got its start in the Google Lunar X Prize Competition, which promised $20 million for the first privately funded robotic spacecraft to make it to the moon.

The competition ended last year without a winner. But inspired by SpaceIL's perseverance, the XPrize Foundation recently announced it would offer the team $1 million if Beresheet's landing is successful.

Israel has emerged as a technological titan in recent decades, producing a profusion of high-tech companies and drawing heavy international investment.

Much of the module's onboard computers were developed and produced locally.

"We have a small country, we don't have a lot of manpower, we have to invent stuff and use our head, and this is what led us to build the technologies," says SpaceIL co-founder Kfir Damari.

At a ceremony last December, scientists fitted a time capsule onto the washing machine-sized lander.

"So, this is a special time capsule we cannot take like a DVD that you have at home, because it would break in the space conditions," explains SpaceIL co-founder Yonatan Winetraub.

"So we had to take specialised materials, and to make that disc, so this is something that is actually really unique in the technology and we hope it will last for millions and millions of years."

China launches rocket to far side of the moon