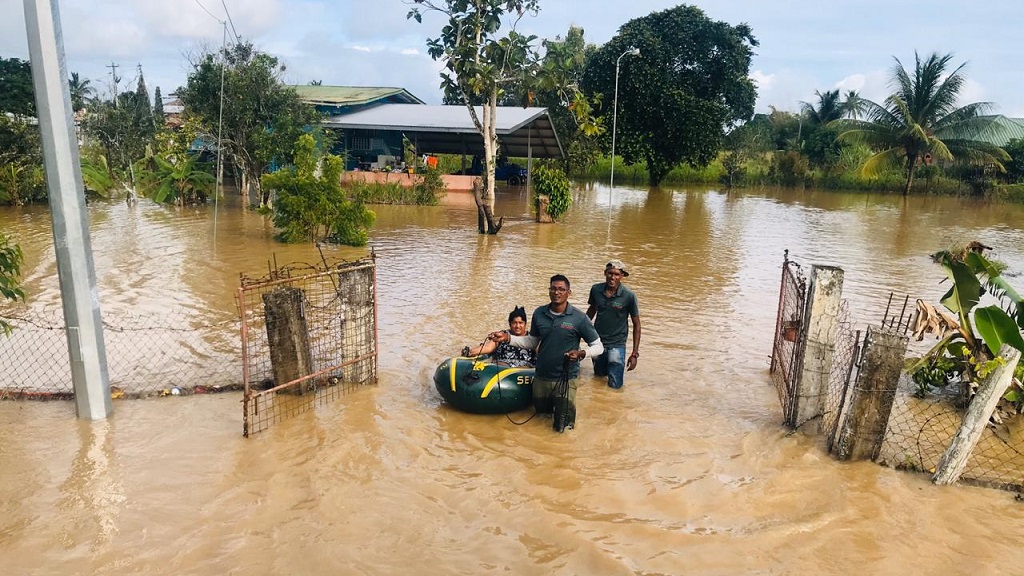 A year after floods which ravaged parts of Central and South Trinidad, the Kalpoo brothers were once again out rescuing flood-stricken residents in parts of South Trinidad after heavy rains this week.

Video footage showed the brothers braving floodwaters to rescue residents and bring food and water to those trapped in their homes.

Working together with the Penal/Debe Foundation, SEWA TT and the Penal/Debe Regional Corporation, the teams worked into the night to bring relief items to residents in the area and rescue those who needed it.

Navin Kalpoo told Loop News that the residents had not seen flooding at that level before and many were in a state of shock.

“The people in these areas said they had never seen that type of flooding before…most of them are elderly people. A lot of them woke up at 3.00 am to see water flooding into their homes.

“They woke up to water touching their bed, and they tried to save everything, fridge, stoves…we had to evacuate some of them because they were way down inside (the villages) where no one could access them. Everyone was in shock, they saw other areas prone to flooding but they never expected this,” he said.

Kalpoo said one elderly woman they rescued is 84 years old and her son is also disabled.

He said they worked until around 1.00 am on Friday morning after they saw the water had begun to subside slightly.

Kalpoo said that once the shock of the disaster has passed, and families begin to assess the damages, it will be a difficult time when they realise what they’ve lost.

“Right now we’re in survival mode, making everyone is ok and that no one dies on our watch. But tomorrow when the water dies down and people start taking out their belonging and realise how much they have lost, it will be really hard.”

The brothers, who operate tours within the Caroni Bird Sanctuary, are no strangers to flooding.

“We’ve been there and that’s why we find the strength to help people, it is why we keep coming out. We are exhausted but this is something embedded in us,” he said.

Kalpoo said his family has been deeply bound by their faith, and the Sanskrit word ‘sewa’, which means selfless service.

"We were born into a family that was always doing SEWA, it’s a Sanskrit word which means service to man, service to god. It’s not just about praying but it’s about taking action. Our mother was driven to help others and although she isn't here anymore, we are following what she taught us."

The brothers, who have been working constantly since Wednesday, said the most saddening aspect was that most of the people they helped are elderly people, who won’t be able to carry out clean-up efforts on their own.

He said the number of old people devastated by flooding was incredible.

He said as at Friday morning the waters appeared to be subsiding, and said they are now looking for teams, NGOs, temples churches and mosques who are able to help, to come together to help with the clean-up phase.

“There’s a difference between seeing it on the news and being there….in some houses the sewage has overflowed and backed up into their homes, it’s overwhelming.”

He said he has lost count of the number of families that he has rescued over the past few days.

“We have to make Trinidad and Tobago a better place, and I will try every day to do that, as long as I’m living.” 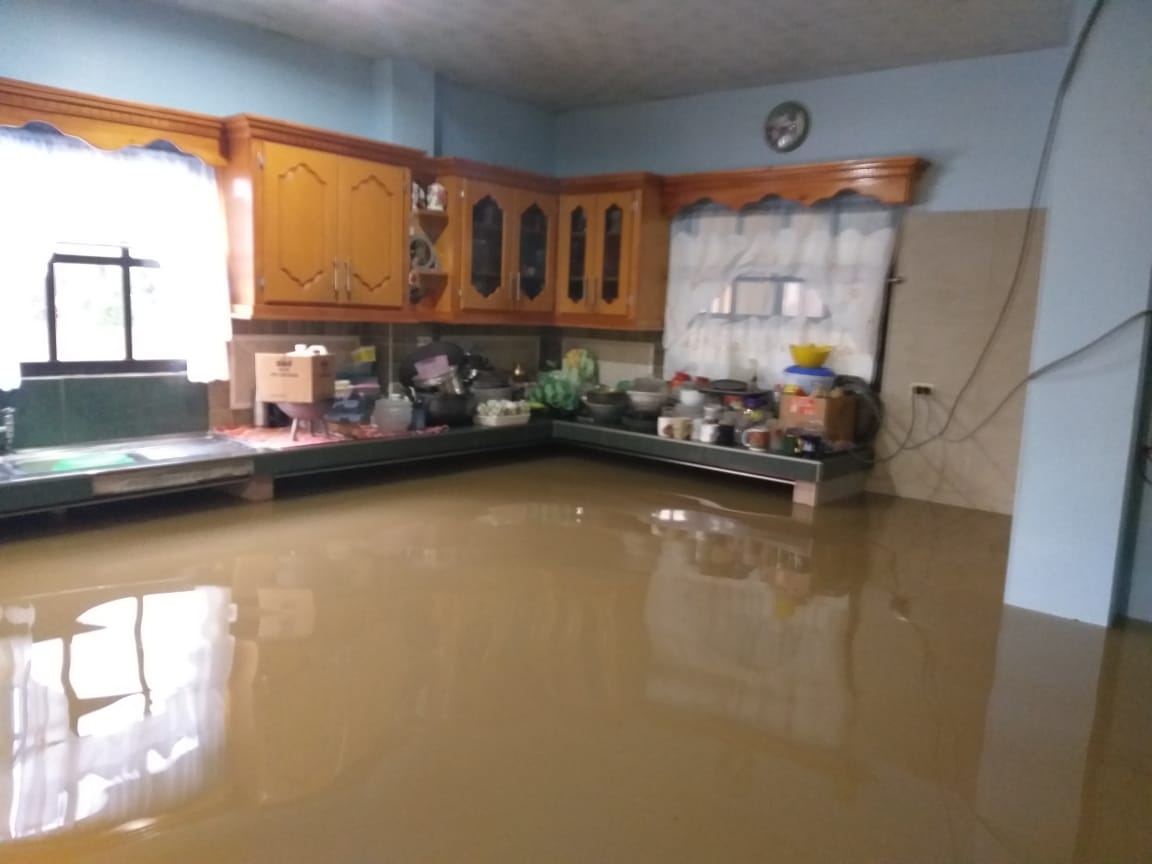 Councillor for Barrackpore West, Nicholas Kanhai, who worked with the Kalpoos, said there’s a lot to be done.

Up to Thursday midday he said the waters were draining away however there were still pockets of stagnant water.

“All the floodwaters from here is now creating a really bad situation in the Woodland and Debe areas. In some areas, the water is still quite stagnant. Yesterday we all came on board and did what we could to bring supplies to people in the more critical areas.

“Some people would have lost everything but we are determined to get back up. Year after year we’ve been going through this and it’s a really emotional time for the people in the community,” he said.

Kanhai said in total he estimates that approximately 2,500 people were affected by flooding, either directly or indirectly.

Kanhai said that more should have been done to dredge rivers and get the drains cleared.

The groups are asking for contributions of food and clothing for adults, children and babies, cleaning supplies and any other items they can spare.

Anyone who can help with clean-up efforts or provide powerwashers and water pumps to pump out excess water, along with other cleaning tools and supplies, is urged to contact the groups as follows: