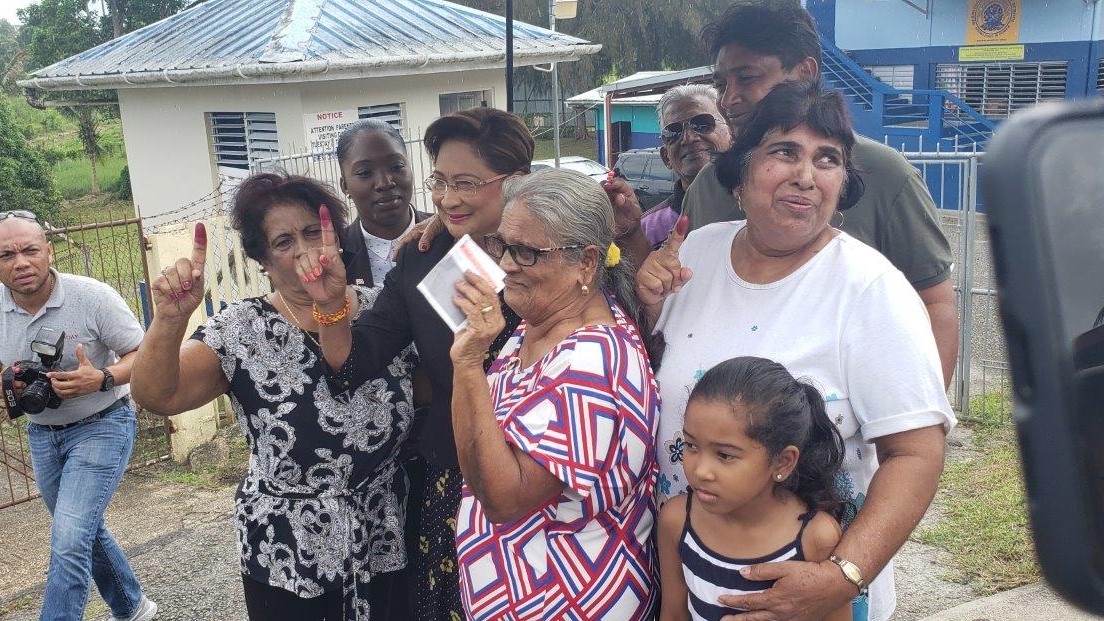 Speaking with reporters after casting her ballot at the Hermitage Presbyterian School, La Romaine just before midday, Persad-Bissessar said the party conducted a campaign it can be proud of.

She is confident that the UNC can "return good representation" to T&T.


"We are confident that the people will make the right choice in the election and send a clear message to the PNM that their incompetence is not acceptable and they are ready for change."

Responding to the Prime Minister's pursuit of legal action against a UNC candidate for defamatory statements made at a weekend rally, Persad-Bissessar noted that the candidate had already issued an apology, which the party has already accepted.

"We await the court proceedings if any, and I'd prefer not to comment."

She said if the Prime Minister chooses to pursue this legal action, it is his prerogative.

However, the UNC leader said her party will remain focused on the election at hand.

Concerning reports of irregularities at the polls, Persad-Bissessar said the UNC's attorneys and coordinators were forced to step in and resolve two incidents where Elections and Boundaries officials appeared not to have been consistent in their application of the law.

She explained that in one such instance of a discrepancy, over 130 Returning Officers allowed persons wearing similar coloured green t-shirts to access the polling station as Polling Agents, while UNC polling agents were prohibited because the Returning Officer felt that the green was too close to the yellow. She noted that this occurred in two Electoral Districts in Sangre Grande and Diego Martin.

Persad-Bissessar expressed concerns about district changes which saw the creation of a La Romaine seat.

"With the change of boundaries, this seat has become a very marginal seat but we trust that our candidate and campaign will do very well."

"There were some boundary changes that early worked against us in seats that were UNC seats. But, at the end of the day, the people will decide."

Sinanan: All is well in Sangre Grande