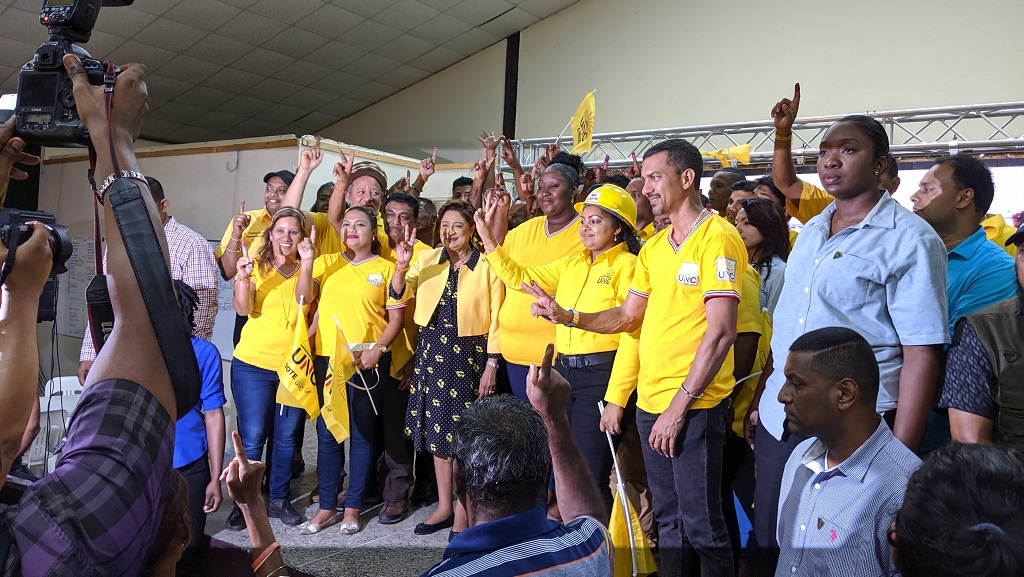 Opposition Leader Kamla Persad-Bissessar said that the result of this year's Local Government Election is a sign that the UNC has made inroads into PNM territory.

Speaking at the UNC's headquarters following the news of an equal 7-7 split between the parties, Persad-Bissessar said it's time for the people to work together.

The UNC won three seats in San Fernando, Marabella South, Marabella East and Les Efforts, as well as winning all but one seat in Sangre Grande. She said the party has requested a recount of the Sangre Grande North East seat.


"We have won the Sangre Grande Corporation," she said.

One of the districts in the San Fernando City Corporation - Cocoyea/Tarouba will likely face a recount after only one vote separated the PNM's candidate from her opponent. The tally was PNM 1043 to UNC 1042.

They have also requested a recount of two of the San Fernando seats.

In the San Juan/Laventille Corporation, Persad-Bissessar said the UNC increased their presence by five seats.

"They have not managed to get a single UNC seat but the UNC has managed to capture PNM seats. Talk done," Persad-Bissessar said.