Watch: Kind cops give meals to the homeless 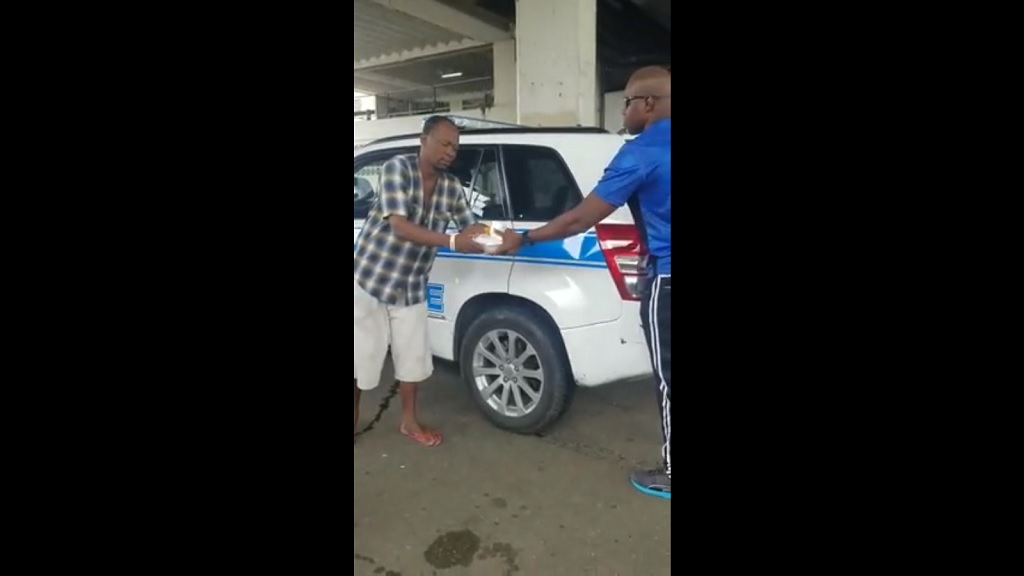 The actions of officers from the Western Division Task Force are being praised by senior officers in the TT Police Service (TTPS) after they took it upon themselves to lend a helping hand to persons in need.

The officers, on their own volition, opted to use their own cash to go out to Riverside Plaza on Saturday where they proceeded to give hot meals to at least 40 persons in the area.

The officers, including PC Williams, PC McClean, and PC Dennis, with the assistance of a civilian, purchased the meals and between the hours of 1:00 pm and 3:00 pm on Saturday, the officers fed the homeless.

The initiative, LoopTT was told, was thought about by the officers themselves, and not from any instructions of senior personnel.

It was done as a means to give back to the community, and to show citizens that there are not just “badjohn” police officers in the service, but those who are willing and committed to “protecting and serving” the citizens of this country, “with pride”.

And while Saturday may have been the first day, the officers have vowed that it will not be the last, and that they will resume similar actions throughout the country in the near future.

“It is a good idea they had and I have nothing but praise and commendation for all involved. It is the kind of initiative that we hope all officers in the division will follow.

"And I for one will tell them and tell the public, that I am proud of their actions. It shows that the police are not against the public, nor are an entity the public should fear. We are here to work with the public, through all aspects of life, and to help this country be better, and to make everyone feel appreciated,” Sankar said.