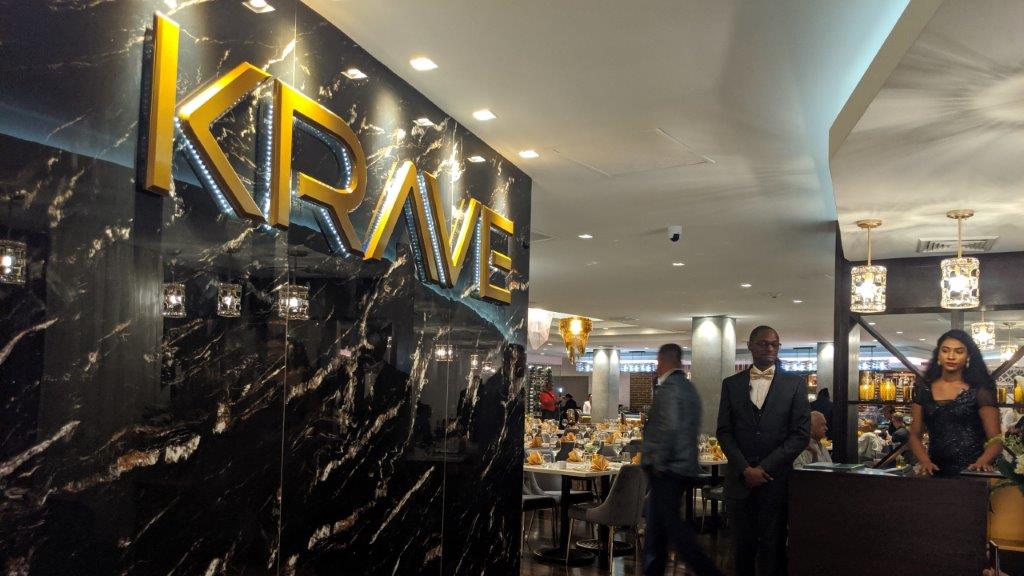 When Krave first opened its doors in Tarouba Plaza in 2014, there were many who doubted the restaurant would last even five months.

Five years on and Krave Restaurant has planted itself firmly in the culinary scene in Trinidad and Tobago, earning a reputation for its innovative menus, excellent customer service and value for money.

Krave has managed to run the gamut of dining experiences over the last five years, serving as a gathering ground for Sunday brunch with friends and family, breakfast dates, birthday celebrations and anniversary dinners.

So, when the restaurant announced back in July that it would be closing its doors to the public to undergo a remodel, customers were understandably anxious.

On Wednesday 2 October though, ‘Kravers’ breathed a sigh of relief as the restaurant reopened, unveiling a new look that can only be described as ‘luxe’.

The famous ‘Krave Wall’ which has served as a backdrop for many a photo shoot is now black marble with gold lettering, and the gold accents extend into the dining room which evokes a distinct ‘Great Gatsby’ feel.

Krave customers are no stranger to the selfie camera,  and so the restaurant now boasts even more photo opportunities for guests, namely in the women’s powder room, which is decked out with European-inspired wall art.

Loop News was among the first to see the redesigned space and we got to catch up with restaurant owner, Damion Persad, to talk about the inspiration behind the remodel and find out what else Krave has in store for customers as they get ready to celebrate their five year anniversary.