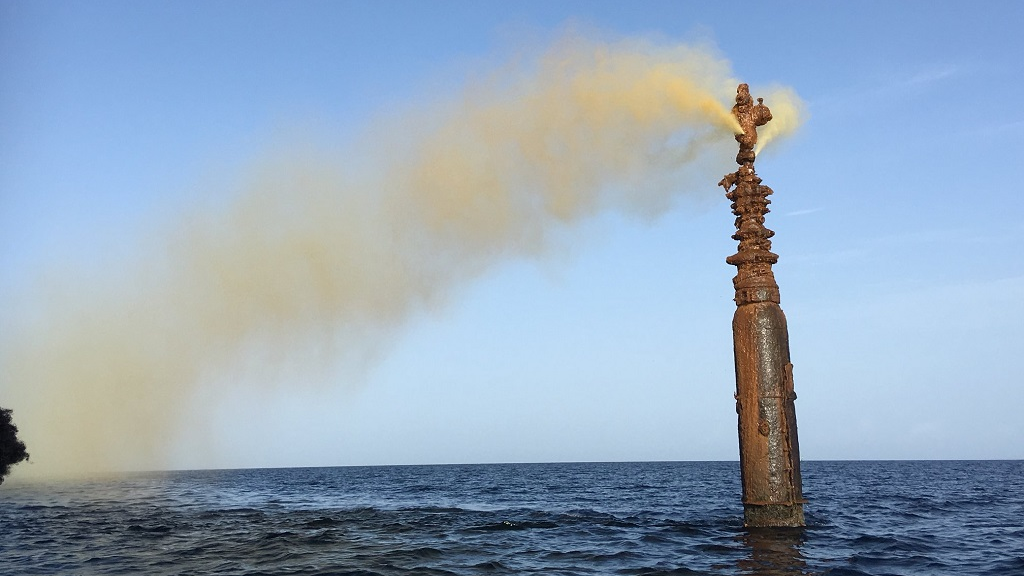 The Ministry of Energy and Energy Industries said a leaking well in the Gulf of Paria has been capped.

In a statement issued Thursday the Ministry said the Couva Marine 2 - the leaking oil well in the Gulf of Paria - was successfully brought under control at 12:00 noon on July 17.

Video footage showed a rather explosive moment as technicians attempted to cap the well.

The Ministry assured that the operation was carried out successfully with no injuries or untoward issues.

The shut-in well developed a leak on July 04 and had been emitting a combination of gas and oil since then.

The Ministry said the 'well-kill plan' was successfully carried out after several days of planning.

"The “well kill plan”, which went into effect at 6:00 a.m. today (Tuesday), is the result of several days of strategizing and planning to ensure that the well was brought under control without injury to personnel involved and with minimal impact on the environment." 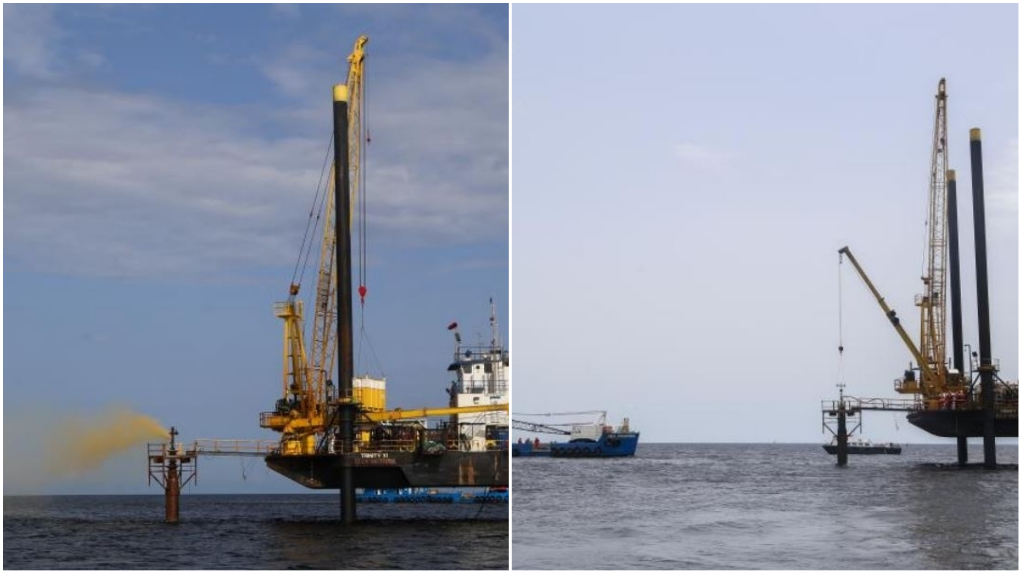 (Photo: The Couva Marine 2 oil well before and after the leak was capped.)

"Today’s milestone is a significant one and represents the initial stage in the formal abandonment process through which the well will be properly capped and the threat to health, safety and the environment removed."

The Ministry said operations are still in progress at the well site and marine craft operators are requested to continue to maintain an exclusion area with a radius of three nautical miles.

"The Ministry would like to thank the members of the incident command team and all parties involved in the well control and containment activities for their support and for ensuring that there were no accidents or incidents throughout the exercise," the Ministry said.

Further details will be provided in a subsequent release.

Petrotrin to assist with leak at old oil well