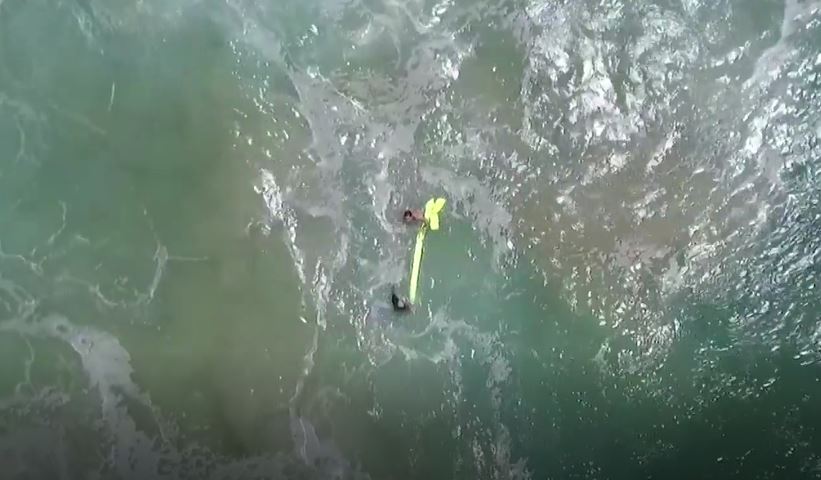 Two teenage boys sucked out to sea by a rip tide have been saved from drowning by a drone, in a world first.

The pair had been pulled out by strong rips and were trapped behind high waves which were not easily accessible by boat.

But lifeguards were able to save the teenagers by using a drone to locate them and drop them an inflatable rescue device within 35 seconds of lift-off.

The pair then used the flotation device to swim back to shore and were unharmed from their ordeal.

Eddie Bennet, CEO of Westpac Little Ripper group which made the drones, said the technology had been in development for three years.

The rescue, he said, “clearly illustrates the benefit of this cutting edge technology in such a time-critical emergency situation”.

US military shoots down Iranian-made drone in southern Syria