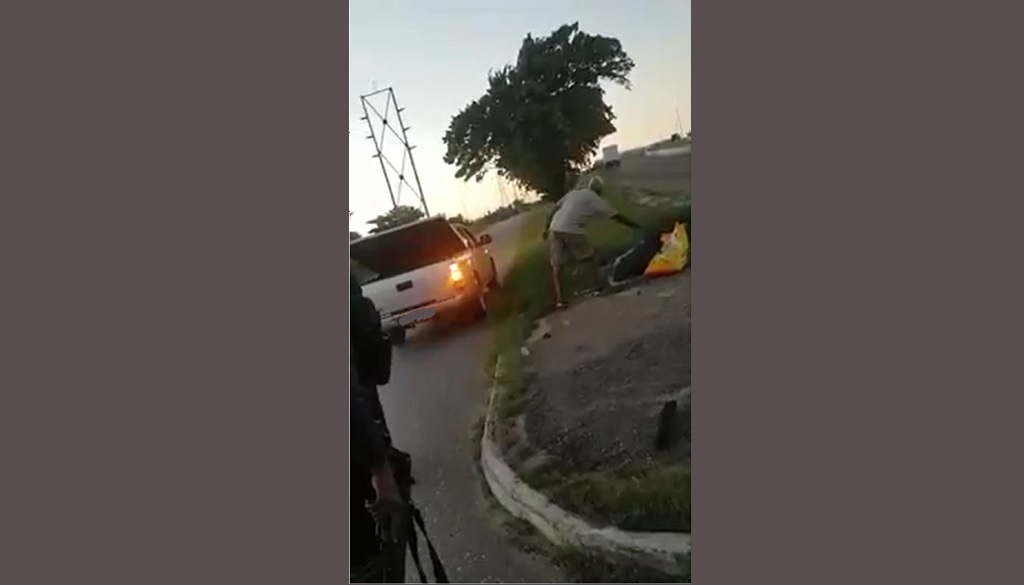 Photo taken from video footage shared online on October 29, 2018. One man was told by officers to pick up bags of rubbish which he allegedly dumped by the roadway.

Citizens are commending police officers after a Facebook video showed them forcing a man to pick up bags of rubbish which he had allegedly placed by the roadway.

Officers were heard explaining to the man that his actions could contribute to flooding, the effects of which the country is still recovering from.

The man was seen picking back up the bags and placing them in a white van.

Officers asked whether another garbage bag was his, and although he said it was not, officers made him pick that one up as well in order to dispose of it properly.

The exact location of the video is not yet known.

Citizens expressed appreciation to officers for their acts.

Andrea Montrose: “Well done to the men in blue.”

Michael Tappin: “Is old stinkers like this one here that cost many citizens to suffer im sure he could have suffered the same demise that many people suffered.”

Irma Sealy: “One would think that an old man like that would do the right thing and dispose of his garbage the proper way.he got off with only a warning. These are the kind of people who don’t care about the country by doing this selfish act, it is time to start charging them for this.”