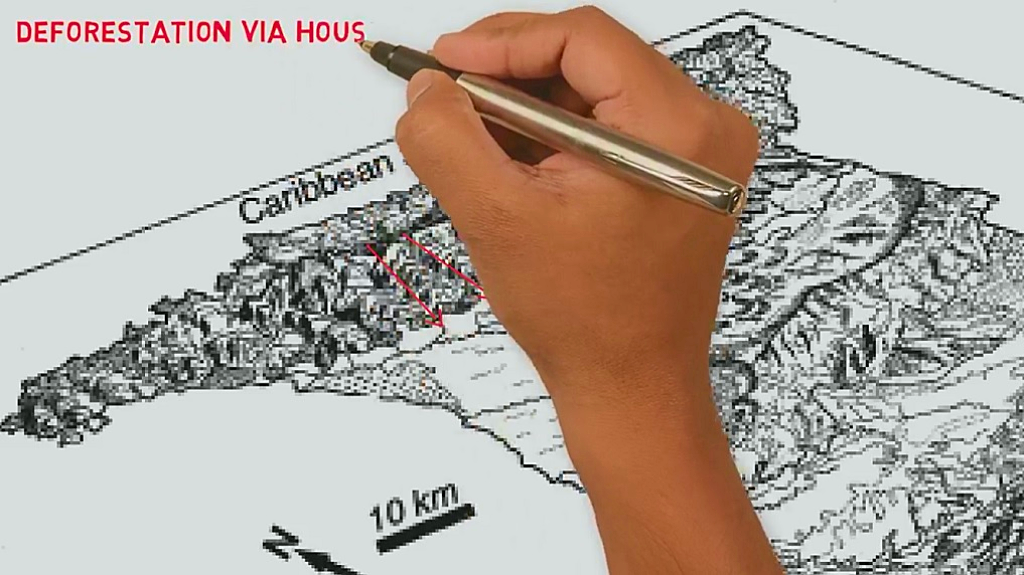 One engineer’s video on flooding in the Caroni basin, and a possible solution, has gone viral online.

Rajiv Ramlogan, a 30-year-old civil engineer, is the person behind Tremy, a local Facebook page which presents helpful tips on engineering and real estate issues.

Speaking to LoopTT, Ramlogan said that having worked within the industry, he sought to give some clarity on the issue as well as a possible solution.

“Because of my schedule I don’t have the time required for a news blog so I try to do solutions for local issues.

“There was a lot of flooding in the Mosquito Creek area, so many people were being affected. As engineers we know the problems and we also know possible solutions, but sometimes it seems like not a lot is being done, and some people complain that money is being wasted instead of fixing these problems.

“I just did this to bring awareness to the issue so that people would know what was going on from an engineering perspective.”

Destroyed by flooding, drowning in debt

Ramlogan, who lives in South Trinidad, said the issue has hit close to home and he has seen people financially crippled due to flooding.

“I know a lot of people who were affected by flooding, my aunt runs a hardware and once an old man walked in and spent his last cent to fix his house. The next year it got damaged again and now he’s taking out his items on credit. It’s sad, and that’s why I did the video,” he said.

Ramlogan said also that his video was entirely created and funded through his own money and resources.

“No one sponsored anything, I bought the images and sponsored everything. My motivation was just that people are suffering too much.”

Ramlogan said that although the engineering concept is straightforward, there can be a lot of bureaucracy and management issues.

“When people put housing on top of mountains it creates floods. These things all affect each other, so when it comes to all these different stakeholders (eg. Town and Country Division, Regional Corporations, central government, private companies etc), if one is sacrificed for the other, it creates an impact.”

“For example the businesses along the east-west corridor, when you seal the corridor with concrete, it creates a flooding problem. When we’re planning we have to plan holistically,” he said.

“Although this video looked at engineering solutions, the real solution is proper management and leadership,” he said.

He said the solution he proposed is the most affordable one in his view, and fairly simple to execute.

He said he’s hopeful that these flooding issues within the Caroni area can one day be resolved, and said he is planning to produce other videos.