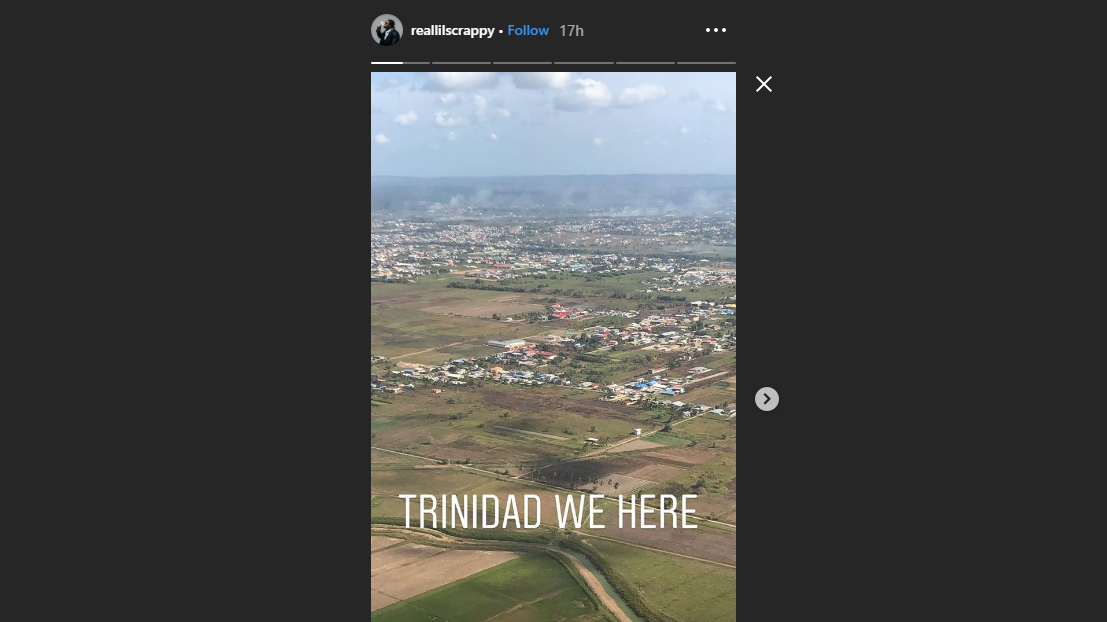 A few cast members of the popular VH1 reality show Love and Hip Hop Atlanta touched down in Trinidad and Tobago on Thursday.

While there is no official confirmation of exactly why the show is in Trinidad and Tobago, it’s safe to assume they’re here to capture the cast enjoying the Carnival festivities.

In the bus, you can just make out someone who appears to be rapper Yung Joc, who is also part of the show’s cast.

Another cast member, Scrappy, as well as the show’s executive producer Stephanie Gayle also posted to Instagram stories indicating that they had touched down on the twin island.

While they’re yet to be spotted here, New York native Karlie Redd, who is also on the show, has long claimed her Trinidadian roots and reportedly spent much of her childhood here, and dancehall artiste Spice, who joined the cast two seasons ago, collaborated with Destra Garcia on a track called Trouble for Carnival 2019.

We will update with more information as it becomes available.