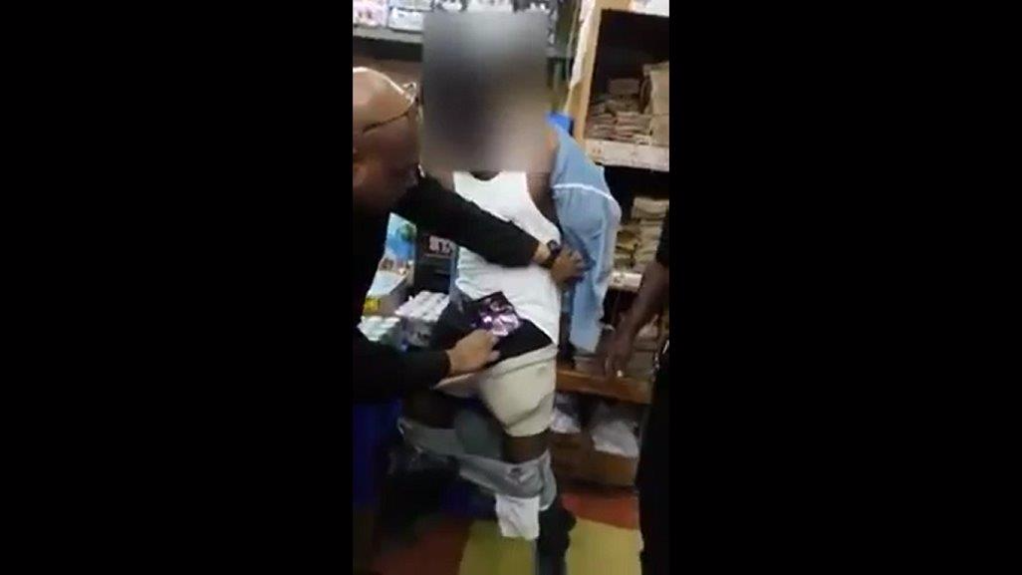 Video footage circulating online showed one man who was caught in a sticky situation with supermarket security.

The video, which was allegedly taken in a supermarket in South Trinidad, showed a man being searched by security, revealing several packs of chocolate bars which had been stuck in his pants.

Citizens commented on the curious incident, with some defending the man, while others condemned him.

"I don't condone stealing at all, but idk why these security not this aggressive when gun man run in the place. The man stole chocolates, just arrest him and keep it moving.... but is make out scene they like, embarrassing the man. es he should be arrested because he did wrong, that's not my problem... my problem is how these security HANDLED the situation."

"Am I the only one wondering why this strip search isn't being done in private? Suppose this was a woman? I in no way condone what he did, but if a woman was accused of shop lifting would they strip her and expose her body parts to the public like that?!?

"I hope the store keeper ain't putting back that chocolate on the shelves for people to purchase."

"What did they do with the chocolate they find in the man's crotch? Put them back on the shelf?"

"This is real embrassment ok he done theif the chocolate they didn't have to make him out so n post it on fb smfh have ppl doing worst."