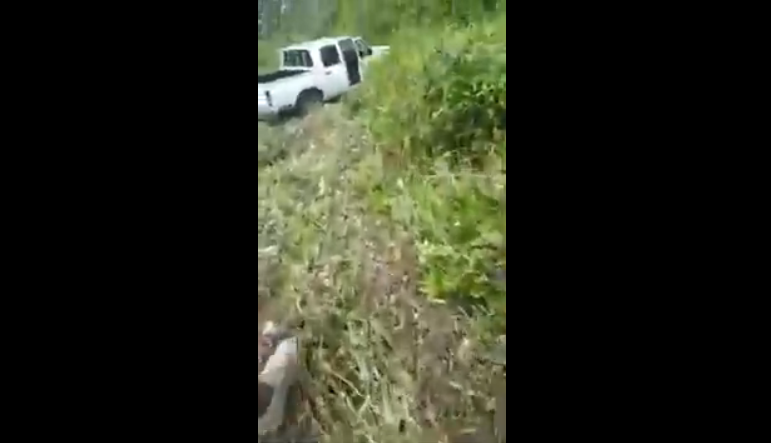 Miraculously, an accident in which one van lost control and slammed into another resulted in no serious injuries.

The incident is believed to have occurred over the weekend along the Valencia stretch.

The video, which was uploaded to social media on Monday, shows a white van which speeds up and attempts to overtake another vehicle in the left lane.

However, the white van appears to lose control and slams into a black van parked on the right side of the road, inadvertently hitting the driver, who was standing in the bushes next to his van.

Bystanders rushed to the scene to ensure that no one was injured in the crash.

In a brief exchange captured on video, the man who ran off the road indicated that he was unhurt.

Concerned citizens checked on the driver of the other vehicle, who was standing outside his van at the time of the crash. His vehicle sustained damages but he was unharmed.

The Trinidad and Tobago Police Service has urged drivers to observe speed limits and road traffic laws during the Carnival season, so as to prevent loss of life.