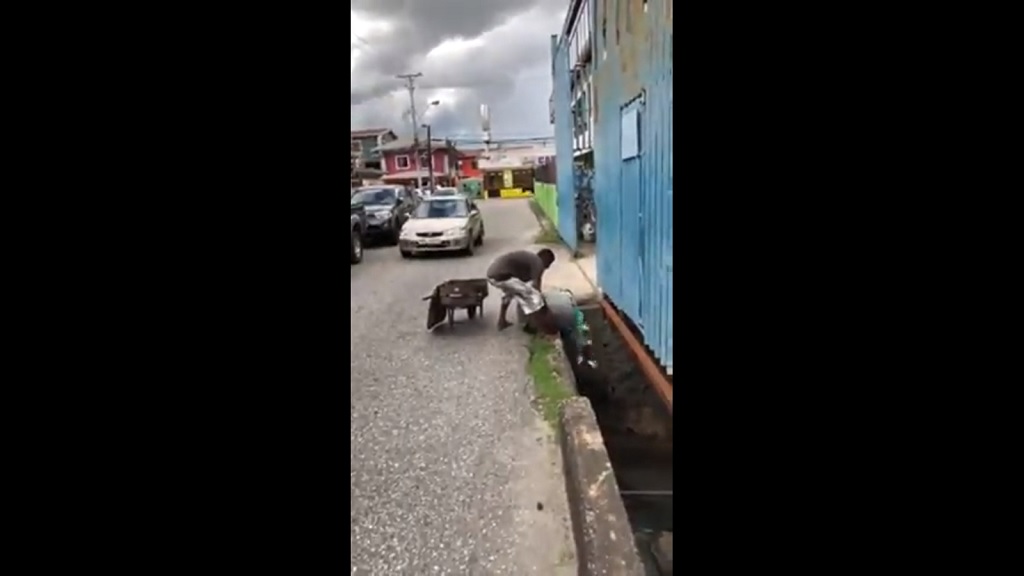 A viral video of a man filmed dumping a rubbish bin of garbage into a drain in Curepe has angered citizens.

The video, which was shared via social media earlier this week, showed the man casually emptying a large rubbish bin containing garbage into a nearby watercourse.

The video was said to have been taken in Curepe.

The person recording the video can be heard chastising the man.

"Watch, plastic bag everything you throwing in...no wonder why the place does be flooded," the unidentified person said.

To which the other replied “I don’t care boy."

Citizens called for littering laws to be enforced more stringently in light of the catastrophic flooding recently experienced across Trinidad.

Winston Clifford: “He shoulda jump in behind it. Ignorance causes floods.”

Zaheeda Ali Samlal: “They should find him n charge him 8000.... Then he would care. Only when you hit their pockets do people change their ways.”

Keron Coward: “Don't know why alyuh didn't hit him a jump kick in the canal with the rubbish.”

Whilma Joan: “They to stink and dutty that son of a gun.”

Jasmine Hope: “Blasted nasty I am so glad people highlighting these terrible nasty people now they need to implement strict laws by charging them with fines if they don't pay up then its jail time.”