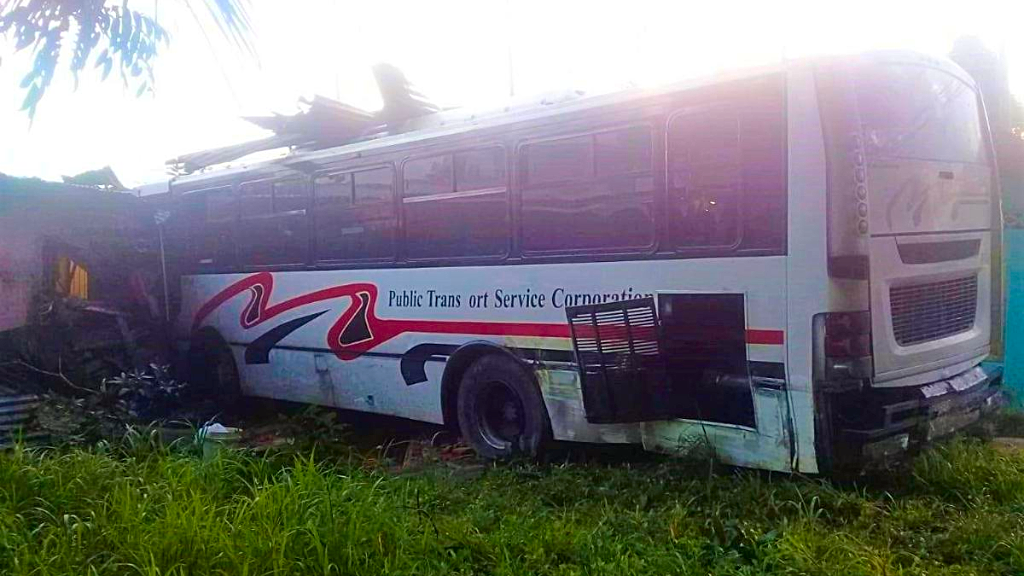 A 66-year-old man was being monitored by police while at the Eric Williams Medical Sciences Complex, after allegedly stealing a PTSC bus and driving through the streets of Chaguanas, leaving a trail of destruction on Monday morning.

According to a statement by the Trinidad and Tobago Police Service (TTPS), around 3:00 am on November 19, 2018, a male suspect accosted a female security officer at the Corporation’s Chaguanas compound and stole a PTSC bus.

The suspect then proceeded to drive the bus 'in a dangerous manner' against the traffic along the Chaguanas Main Road and into the Longdenville area.

During the drive, the suspect drove bus into a vehicle belonging to a newspaper vendor, causing damage to the vehicle.

He also plowed the vehicle into a garbage truck. Fortunately, no one was injured.

Officers made several attempts to intercept and bring the bus to a stop, however, the driver continuously attempted to crash into the police vehicles and run over officers on foot.

He consequently lost control of the bus and crashed into a 39-year-old woman’s home along Edinburgh Road, Chaguanas. The crash resulted in the homeowner being seriously injured and the house extensively damaged.

Officers were able to apprehend the suspect who was taken hospital for treatment. The owner of the home was also warded at hospital up to Monday evening.

Sgt. Jagmohan, of the Chaguanas CID, is conducting enquiries into the incident. 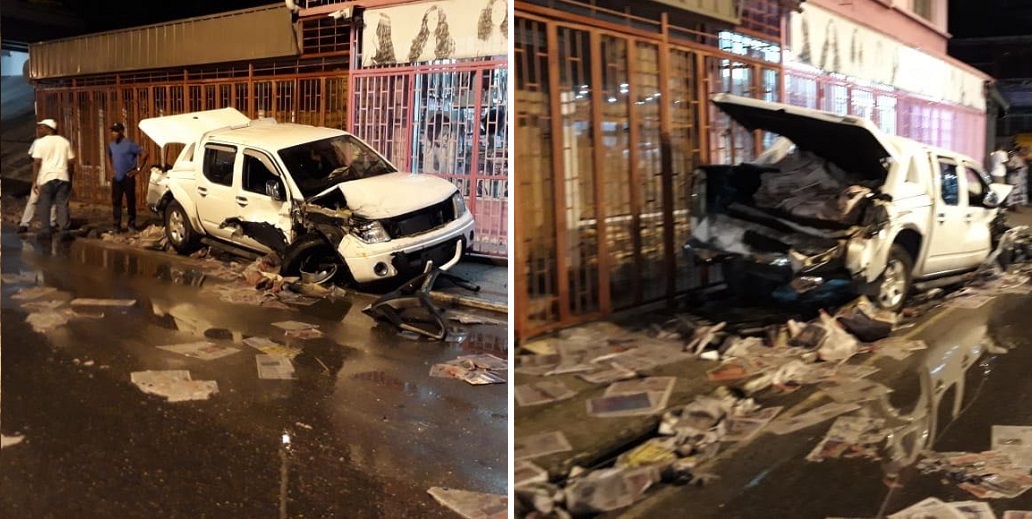 A 66-year-old Chaguanas man is currently receiving medical attention at hospital after he stole a Public Transportation Corporation (PTSC) bus which he crashed multiple times before he was captured.

According to reports, Barrat Ramgeewan of Ravine Sable Road, Longdenville, stole a bus from the PTSC garage opposite the Chaguanas Police Station between 3 and 4 am.

The suspect hit a gate and three vehicles along the Chaguanas Main Road.

This includes damage caused to a van owned by a newspaper vendor who escaped with her life. Her vehicle appeared to be totalled while the daily publication littered the roadway.

Meanwhile, her van hit a parked BK Holdings truck which crashed into a nearby building.

Ramgeewan eventually smashed into a house at Cashew Gardens housing development in Longdenville, where he was held.

He will be formally charged with numerous offences.