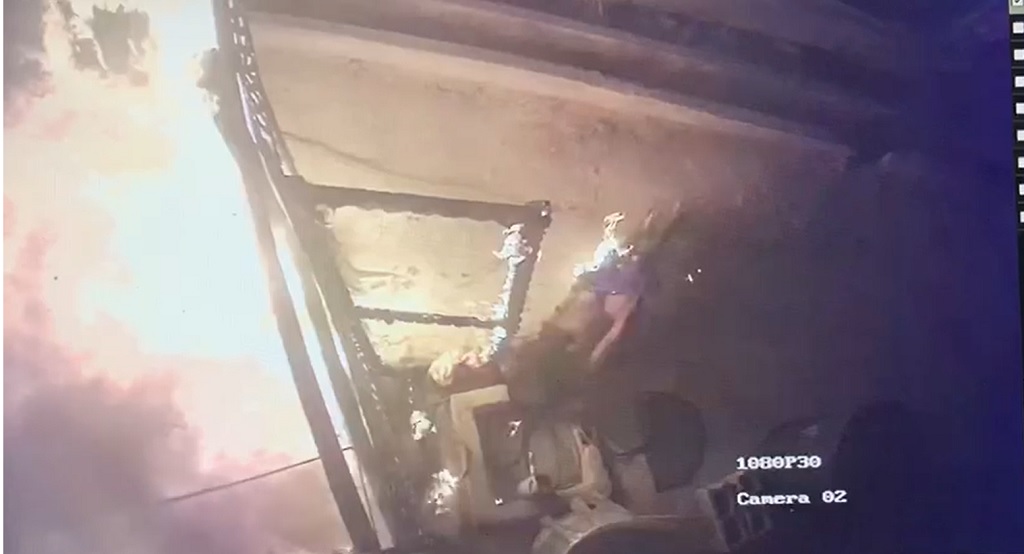 A 39-year-old man is nursing multiple injuries about his body after his home was set on fire on Saturday morning.

He suffered second degree and third degree burns about his body and was said to be in the intensive care unit.

Police were told that at about 3:00 am on Saturday, Pooran was asleep at his home when he was awoken by a loud explosion.

He soon realised his home was on fire and quickly tried to escape through the front door.

However, during the process he was badly burnt.

An alarm was raised and residents of the area rushed to Pooran’s aid and contained the blaze to the front of the home.

The police and emergency health services were notified and the injured man was rushed to the Mt Hope Hospital.

CCTV footage of the incident was captured and shows a masked man planting an item at Pooran’s door, which started the fire before the assailant fled the scene.

Police said this incident is linked to several other reports of criminality in the area over the past few weeks – which included recent shootings – and as a result, more patrols are expected to be performed.