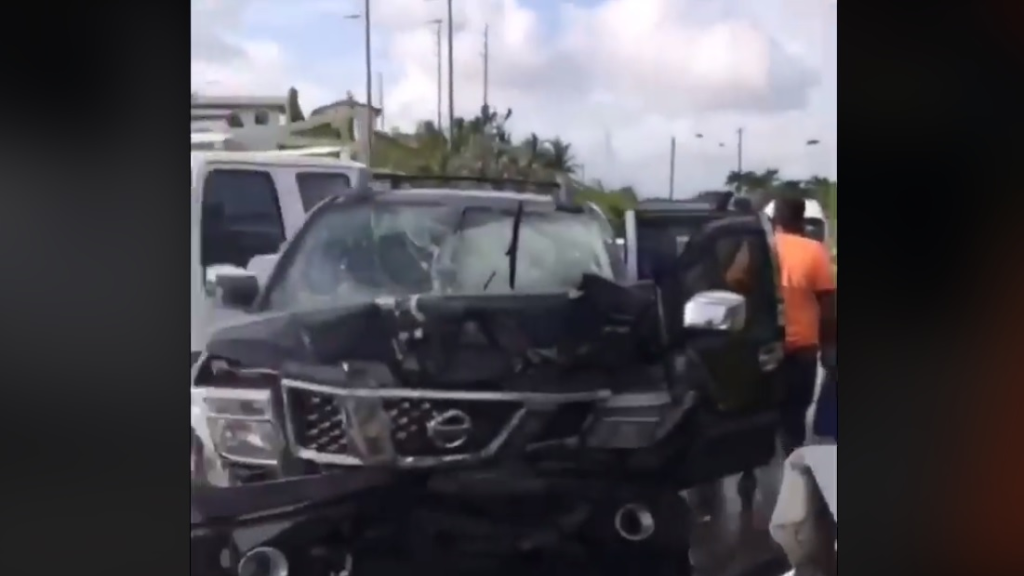 Citizens begged drivers to be more careful after yet another accident occurred along the M1 Tasker Road near Princes Town over the weekend.

Videos shared on social media showed the remains of a white Nissan Wingroad and a black Nissan Navarra which were crumpled as a result of the collision, which occurred on Saturday.

According to reports, Azard Ali, of Broomage Road, Princes Town, was driving along the M1 Ring Road when he collided with a black Nissan Navarra which was heading in the opposite direction.

Ali died at the scene.

Citizens begged for drivers to be careful.

Paul Sealey: "WHY are so much fatal vehicle accidents,also when you check the drivers,most times they are under 35years old...something is wrong."

On Sunday morning six-year-old Daniel Black, of Tobago, was killed after the vehicle in which he was travelling with his family collided with another vehicle in Valencia.

On Friday a Morvant man was killed as a result of a collision in Laventille.

On April 21, 34-year-old Adesh Ramnath was killed after he lost control of his vehicle on the M2 Ring Road near Debe.

On that same day a couple was killed while driving along the Blanchisseuse/Arima Road, however, a 17-year-old teenager who was also in the vehicle managed to survive.

In 2015, brothers Hansraj Roopnarine, 47 and Roland Roopnarine, were killed after crashing into a pickup truck on the M2 Ring Road in Debe.