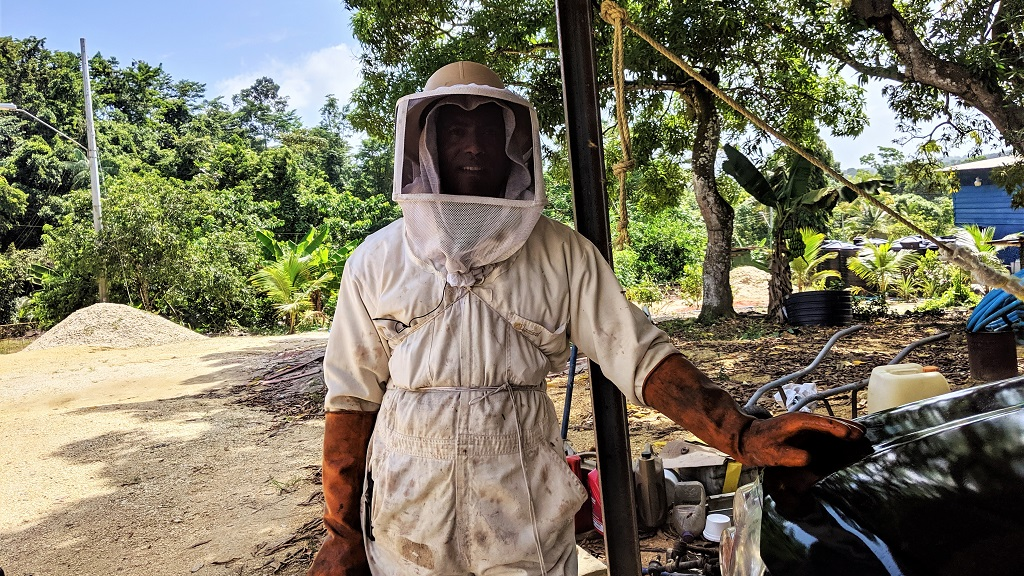 The swarm of angry bees grows as beekeeper Alex Bernard lifts the roof of one hive, showing Africanised bees swarming to protect their queen.

“These bees will follow you, they don’t give up, once they have to protect their hive they won’t stop,” he said.

What’s more, Bernard also has a hive of stingless bees – these bees are local to Trinidad and Tobago and unlike their Africanised counterparts, do not sting.

Stingless bees are native to Trinidad and Tobago and their honey, although it is produced more slowly, is said to have medicinal properties.

Stingless bees are also critical for the environment as key pollinators which enable crops and trees to continue their life cycles.

Bernard has had his apiaries for the past six years and said there are several threats to local honey production.

The main one? Pesticides.

“Farmers who spray pesticides in the morning time will kill bees. Bees forage for nectar in the early morning and spraying pesticides will kill them. This can damage crops in the long term because no bees to pollinate the crops means less produce,” he said.

Bernard also mentioned the threat of contamination from foreign honey which is smuggled into the country.

Dry Season, known among beekeepers as honey season, is when bees go out to procure nectar. It’s advised that farmers limit their spraying to the evening times after bees have finished foraging. 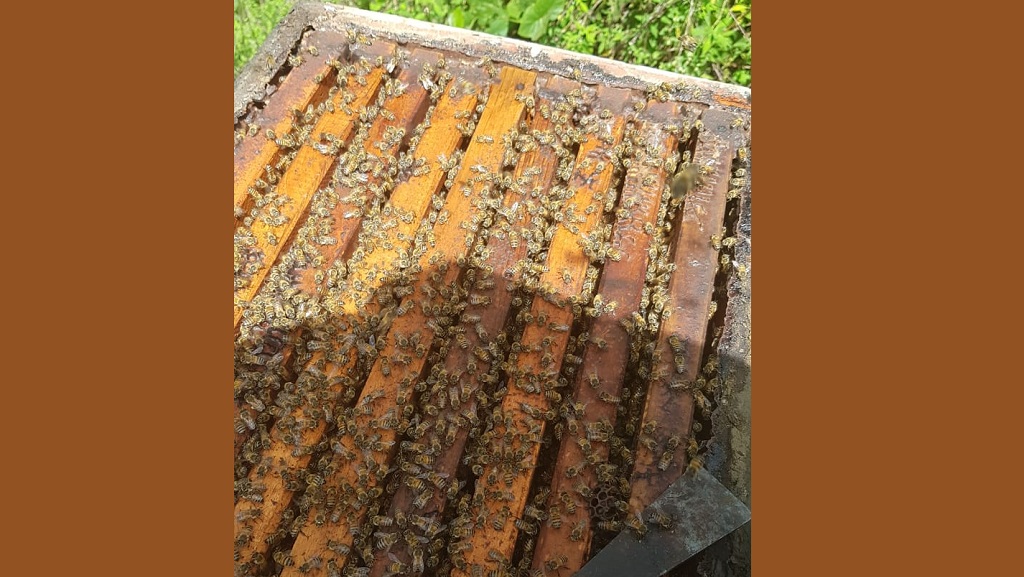 What flowers to honeybees love the most? The answer is surprising.

Bernard’s apiary borders state lands where towering Mora and Balata trees grow. These bees forage there and bring back nectar to their hives.

It is this which helps to provide some of the award-winning honey for which Trinidad and Tobago was once known worldwide.

As a result, issues such as illegal quarrying and forestation could irreparably affect the quantity and quality of local honey, if these problems go unchecked.

Bernard said quarrying of local forests are of concern to him.

“Bees love those trees. Bees get their honey from Mora, Balata and other big trees. If there are less trees then yes, the honey might be affected,” he said.

Some honey lovers have commented that their honey takes on a milky appearance or appears to crystalize if placed in a cold environment like the refrigerator.

However Bernard said this is natural.

“The honey is good, it just changes colour if you keep it in the cold. Honey won’t go bad so you can keep it outside,” he said.

For more information on Alex Bernard’s honey or to place an order, contact him on 733-3237.