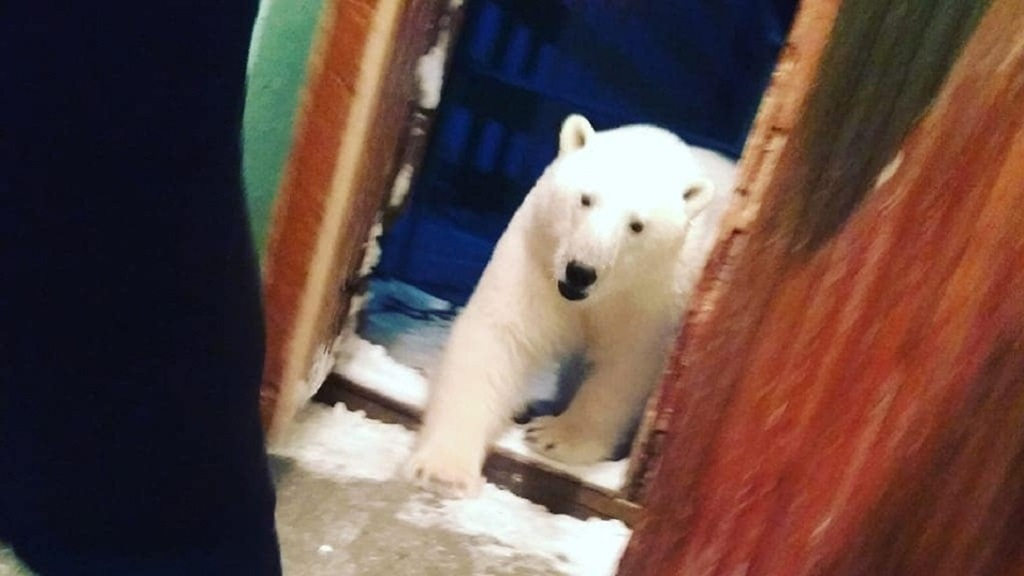 Dozens of polar bears have invaded the Novaya Zemlya islands in Russia's remote Arctic region, home to a few thousand people, prompting local authorities to declare a state of emergency.

Footage taken by one local resident of the Russian Arctic town of Belushya Guba showed a mother polar bear and her two cubs walking through a residential area, under street lights.

Other videos obtained by The Associated Press showed a mother bear and her cubs by the side of the road, seemingly unconcerned at the proximity of cars driving by.

At least 52 polar bears have been recently spotted near Belushya Guba, according to local authorities.

According to local officials, there have been cases of polar bears entering residential buildings and offices, and many residents are too frightened to leave their homes.

Extra fences have been installed near kindergartens to ensure the children's safety.

Experts say polar bears, which spend most of their lives on sea ice, are being forced to spend more time on land scavenging for food as the Arctic Sea ice diminishes due in part to climate change.

Specialist teams are being sent to the region to try to control the influx and prevent attacks on humans.

Hunting polar bears is illegal and Aleksandr Gornikh, head of the Federal Supervisory Natural Resources Management Service in Arkhangelsk region, said the bears might have to be sedated and moved away from public areas.