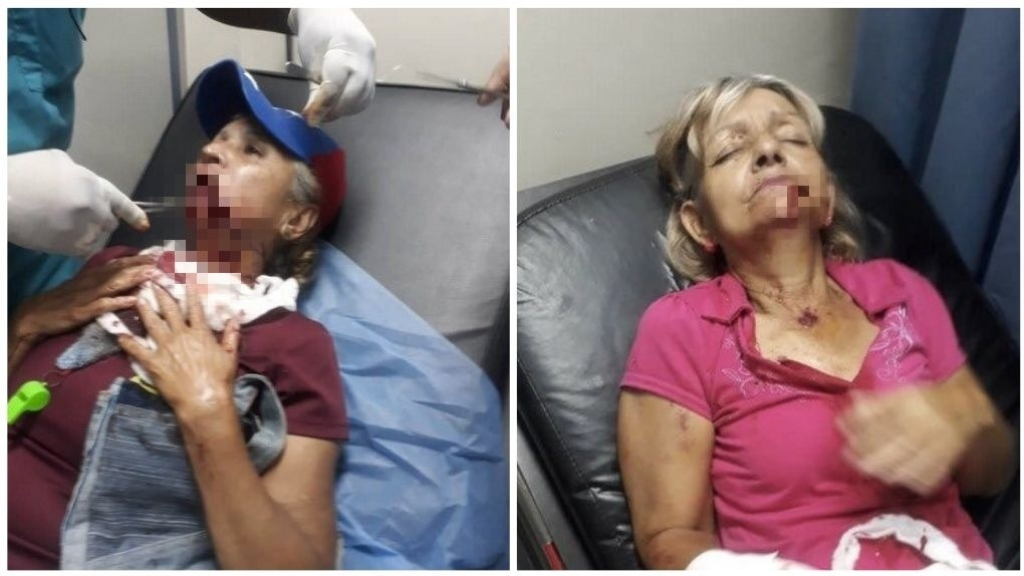 Venezuelan officials are being accused of crimes against humanity after a viral video showing uniformed men shooting at protesters in a health clinic went viral online.

Deputy of the National Assembly for Vargas, Jose Manuel Olivares, shared video via Twitter showing people scattering after men wearing what appeared to be Guardia Nacional uniforms firing at point blank range inside of the Alpha Health Clinic in Maiquetía.

According to a report from El Pitazo, approximately 40 people sheltered in the clinic during protests after tear gas was fired into the crowd.

An eyewitness said the men followed the group into the clinic and fired, shooting one woman in her face and several others in the arm.

According to Vargas officials five young people, two of them minors , were arrested.

Head of Venezuela's National Assembly, Juan Guaidó, said he was open to military assistance from the US, which has recognised him as interim president of Venezuela.

The Pentagon said Tuesday that a U.S. Navy hospital ship was preparing to deploy to Latin America to provide medical services in countries where several million Venezuelans have taken refuge.

Meanwhile, a mostly European group of nations is looking to send a high-level delegation to Caracas in the coming days to propose solutions to Venezuela's protracted crisis.

European Union foreign policy chief Federica Mogherini made the announcement in Costa Rica Tuesday at the conclusion of the third meeting of the so-called International Contact Group. The group is comprised of the E.U., eight of its member states and three Latin American countries. It was set up in January after opposition leader Juan Guaidó declared himself president in a direct challenge to Nicolas Maduro's rule.

Mogherini didn't provide any details but reiterated the group's goal of facilitating free and transparent presidential elections as soon as possible. Still, she cautioned that any solution would require the support of the parties inside Venezuela and said that she didn't know if Maduro is willing to call new elections.