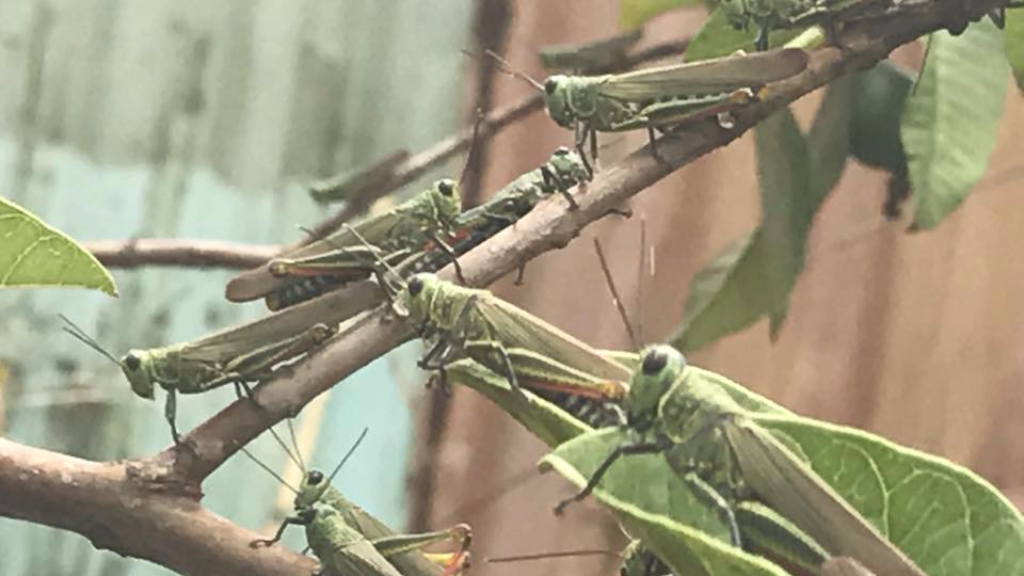 A massive swarm of locusts has invaded several communities in southeastern Trinidad.

The affected areas include Moruga, Rio Claro, Ecclesville and Agostini.

Images and videos shared on social media show thousands of the insects flying in droves, and landing on trees and vehicles.

Several persons complained that the pests were finding their way into their homes. It is not the first invasion for the year.

In May, a huge swarm of locusts devoured crops in Moruga and Rio Claro, costing thousands of dollars in losses to farmers.

The invasions have been happening frequently since late 2015. Agriculture Minister Clarence Rambharat said he has visited the affected areas and a team from the Ministry has been conducting spraying exercises.

However he said the locusts were too high up to spray and the Ministry is being careful with spraying in residential areas while families are having outdoor activities.

He said spraying is being done in non-residential areas at this time. Rambharat said the locusts are now in their third/fourth stage where they would gorge on food before the next nesting period September-November.

Meanwhile, residents have posted warnings to motorists travelling through the affected areas to keep windows rolled up and drive slowly and carefully due to reduced visibility as a result of the swarm.