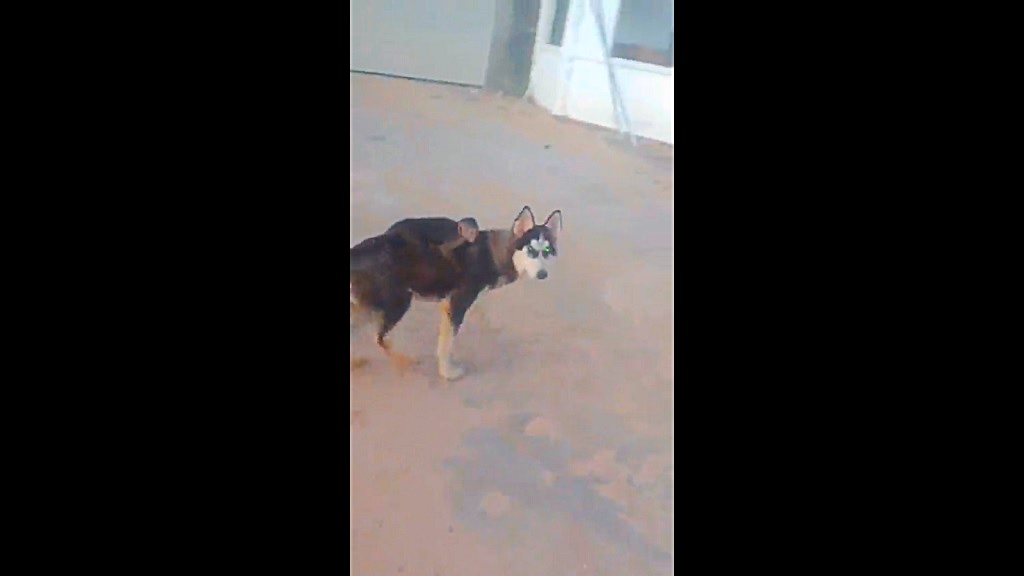 If not for the video, many would not have believed that somewhere in Whiteland/Williamsville, a monkey and a husky are the best of friends.

Jovi Modeste who lives in the area, managed to capture the pair on video as the monkey was seen riding the husky’s back near his home in Whiteland/Williamsville.

Modeste shared the video via Twitter, which has since gone viral with over 800 retweets and 3,000 likes in the space of a few hours.

“For about four months I've been telling people that there's a husky and monkey roaming the streets when I'm jogging. I'm just happy my phone was in my hand. They normally run away," he Tweeted.

"Nobody used to believe me but watch it,” he said, showing the monkey clinging tightly to the husky’s back.

Modeste said he would sometimes see the duo while jogging in the early morning or evening, but this was the first time he was able to get close to them.

The monkey appeared to be a capuchin monkey, which is often captured and kept as a pet.

Earlier this year, requests were made to have the Red Howler monkey and Capuchin monkey declared Environmentally Sensitive Species (ESS).

If the legislation is approved, anyone caught harming these animals or negatively impacting their habitats could be subject to a fine of $100,000 or two years imprisonment.