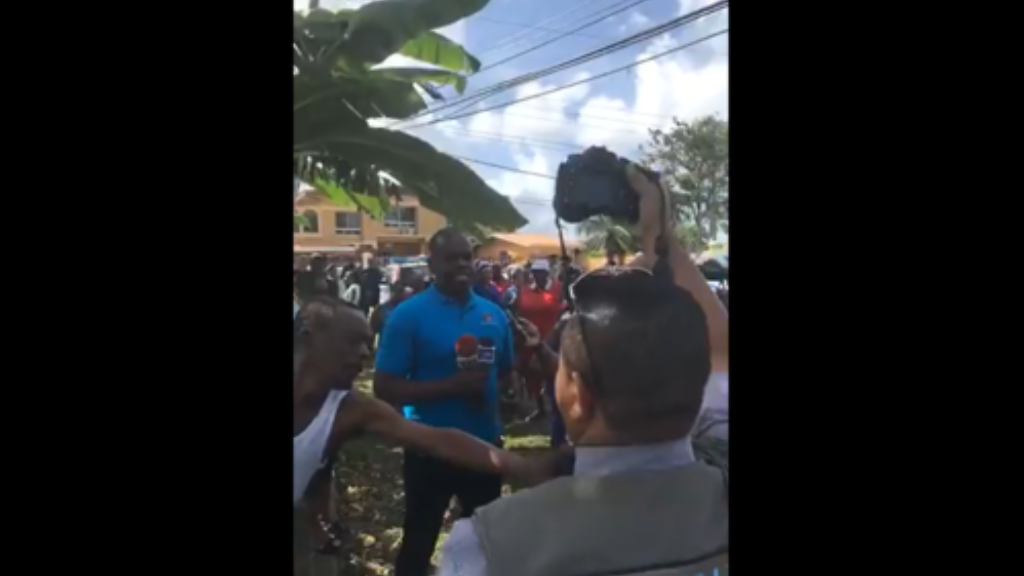 Residents of Sixth Company, New Grant are calling for the Sixth Company Circular to be urgently fixed following a major landslip in the area due to heavy rains just two weeks ago.

The situation there is so severe that a woman's home has been threatened by the roadway caving in.

Residents blocked the roadway in four areas as they attempted to highlight their frustration over the matter.

Complaints centred on poor road conditions, including poor drainage and the road caving away.

Moruga MP Dr Lovell Francis was at the scene of the protest and attempted to offer some solutions as he spoke with reporters on what was being done to rectify the situation.

The MP could hardly get a word in as protesters accused him of doing nothing for the constituency, as seen in the video below taken by the UNC councillor for the area, Michelle Benjamin.

He revealed that efforts are underway to ensure that the woman most affected by the landslip is relocated, while the Ministry of Works and Transport is expected to address the landslip.

WASA: Pt Lisas Desal Plant to shut down for maintenance