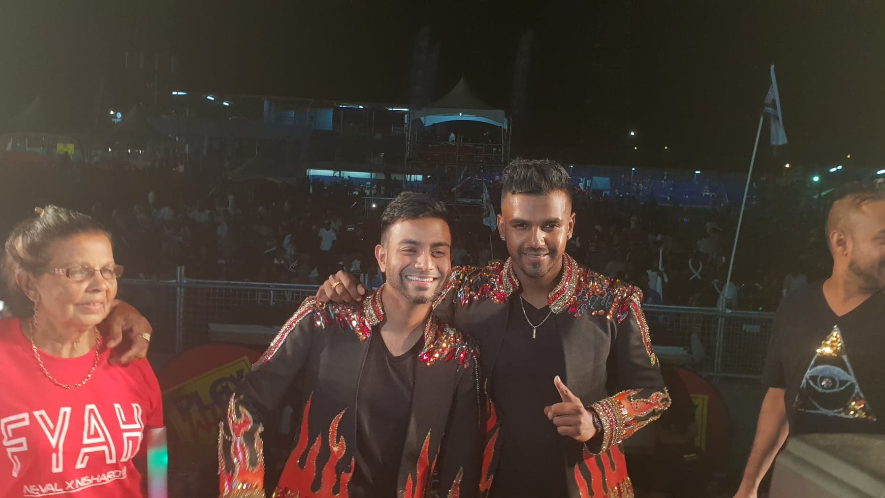 Neval Chatelal and Nishard M are the Chutney Soca Monarchs for the second year in a row.

The duo retained the title with their track, 'FYAH', which incredibly, was only released two weeks ago, on the anniversary of their first win.

"Congratulations to everyone, it was an amazing Monarch. Once again, we promise to work as hard as we can to take Chutney Soca as far as we can to the entire world," Nishard M. said shortly after the announcement.

The win held even more sentiment for him as he won the title on his grandmother's birthday who he brought with him on stage. "She's one of the four most important people to me and I want to dedicate this victory to Mama. Happy birthday!" he exclaimed as he hugged her.

Thrilled yet humbled by the win, both vowed to use their second reigning year as a means to lead the way in making more impactful music in the genre.

Out & About: G.I. gears up for Chutney Soca Monarch finals

37 to battle for place in Chutney Soca finals